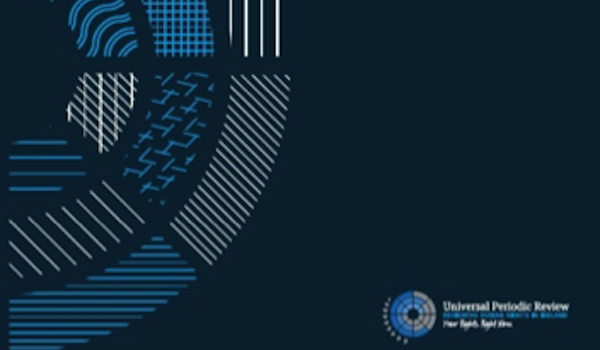 The Universal Periodic Review (UPR) was established in 2006 to assess how individual member states of the United Nations respect their human rights commitments. This peer-to-peer review process sees each of the 193 UN member States voluntarily submit for a review of their domestic human rights record every four and a half years. The review takes places before the UN Human Rights Council.

Ireland has been reviewed under the UPR in 2011 and 2016. For the 2016 review, the Irish Family Planning Association (IFPA) made a submission to the UPR Working Group, highlighting the impact of Ireland’s restrictive abortion laws on women’s health, and contributed to the second Civil Society UPR Stakeholder Report, launched in December 2015. In March 2016, they delivered a statement on Ireland’s abortion laws to Permanent Representatives to the UN in Geneva.

Your Rights Right Now, a coalition of 17 Irish civil society organisations, coordinated by the Irish Council for Civil Liberties, organised an event with UN delegates as well.

An additional five recommendations were made in relation to sexual and reproductive rights more generally.

The following UN Treaty Monitoring Bodies have criticised Ireland’s restrictive abortion laws in the past: Committee on the Rights of the Child (2016); Committee on Economic, Social and Cultural Rights (2015); Human Rights Committee (2014, 2008, 2000); Committee Against Torture (2011); and Committee on the Elimination of Discrimination against Women (2005, 1999).

The IFPA report of the UPR summarises the recommendations of the responding States parties. They include, for example:

Slovakia: Ensure the full right for women to abortion…

Switzerland: Conduct consultations involving all stakeholders, including civil society organisations, in order to examine whether Article 40.3.3 of the Constitution could be revised and the legal framework related to abortion broadened. This recommendation has been accepted by Ireland.

Iceland: Repeal legislation that criminalizes abortion and eliminate all punitive measures, in particular Article 40.3.3 of the Irish Constitution.

Macedonia: Take the necessary steps aimed at revising the relevant legislation with a view to decriminalize abortion within reasonable gestational limits.

Slovenia: Decriminalize abortion in all circumstances and, as a minimum, ensure access to safe abortion also in cases of rape, incest, serious risks to the health of the mother and fatal fetal abnormality.