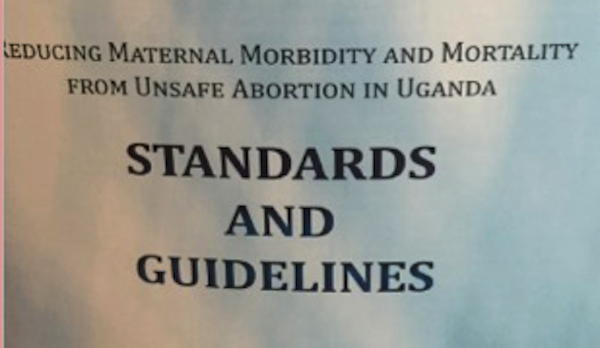 Among the recommendations the UN Human Rights Council (HRC) members made to the government of Uganda as part of its review of the country’s human rights record this year was one to revise its abortion legislation.

The Ugandan Center for Health, Human Rights and Development (CEHURD) and the Center for Reproductive Rights submitted a shadow letter in March 2016 to the HRC review in which they called for greater attention to all aspects of maternal mortality and morbidity and showed why less improvement has occurred than is hoped for. They also discussed the criminalization of abortion and other reproductive health services as a barrier that interferes with access to safe health care services. They also said: “While the Ugandan government has ratified the Maputo Protocol and has repeatedly recognized unsafe abortion as a leading cause of maternal mortality and morbidity, the government has entered a reservation on this article which would have expanded access to safe abortion. They also expressed concern about the ambiguity and misinformation surrounding the legality of abortion and post-abortion services.

Under Ugandan law, they say, “abortion is permitted only to preserve the life, mental and physical health of the pregnant woman. However, the Ministry of Health’s National Guidelines and Services Standards for Sexual and Reproductive Health and Rights expands grounds for permitting legal abortion to include cases such as sexual violence and incest and outlines comprehensive abortion and post-abortion care standards. The narrow interpretation of abortion laws by the courts and other government bodies, as well as extremely restricted access to relevant information, have resulted in misinformation about the legality of abortion among the general public, health care providers, law enforcement officers, the judiciary, and regulators… The ambiguity in the law further deters health care professionals from providing safe abortion services… [Yet] most doctors and other trained providers mistakenly believe that there is a complete prohibition on abortion. Due to this, they are reluctant to provide the comprehensive services outlined in the Reproductive Health Guidelines for fear of being subjected to criminal liability.”

In June 2015, the Ugandan Ministry of Health issued “Standards & Guidelines for Reducing Morbidity and Mortality from Unsafe Abortion in Uganda,” which contains “practical and standardized information to various stakeholders from a range of sectors that will help reduce morbidity and mortality due to unsafe abortion.” However, the publication was delayed until recently.

The Ugandan government supported a number of recommendations made at the HRC review, including that they should strengthen measures to fight against maternal mortality and morbidity with a human rights-based approach, ensure a sufficient health budget and full and equal access to health services. They said there was support for strengthening measures to address maternal deaths and ensuring access to reproductive health services, but that abortion law reform was not a priority.