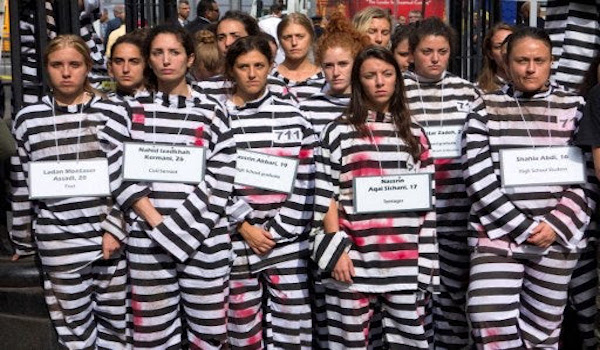 A group of UN independent experts* has warned that women’s rights are facing an alarming backlash in many parts of the world. They said that it is critically important to press on with further setting of standards on gender equality, including through the repeal of all laws that discriminate against women on traditional, cultural or religious grounds and laws that exclusively or disproportionately criminalize action of behavior by women and girls.

“We feel it is time to reiterate the backlash against the progress which has been made in promoting and protecting women’s human rights. The polarization in the battle for rights is being demonstrated increasingly, and regressive positions have become a serious threat to the human rights legal framework.”

The experts also stressed women’s rights to make decisions about their own bodies, and to receive comprehensive sexuality education so they can enjoy their right to sexual and reproductive health. “We need more than ever to protect the fundamental principle that all rights are universal, indivisible, interdependent and interrelated,”

“Despite this unbreakable principle, upheld in the 1993 Vienna Declaration on human rights, we are witnessing efforts by fundamentalist groups to undermine the foundation on which the whole human rights system is based.  Some of these efforts are based on a misuse of culture, including religion and tradition, or on claims related to State sovereignty.

The experts stress that discriminatory practices frequently take place within families, where, for example, women and girls may be limited to certain roles, experience harmful practices and patriarchal oppression, and suffer other human rights abuses including domestic violence and sexual abuse.

In order to combat this backlash, the experts underlined the need to continue denouncing any anti-rights rhetoric and action which hinder the implementation of human right standards, in particular regarding gender equality. They also insisted that international human rights bodies need to guard against the backlash being witnessed, to ensure that the human rights legal framework is not undermined.