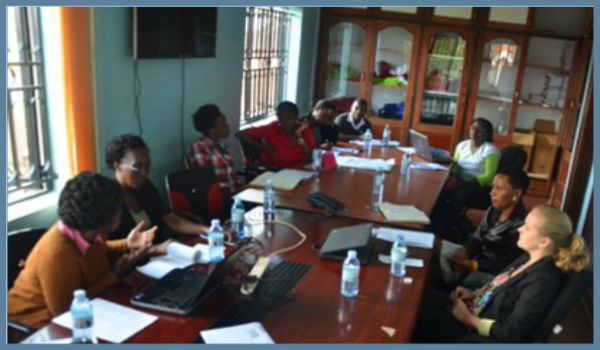 As Uganda joined the rest of the world to mark the International Day of the Girl Child last week, the recent decision by the State Minister for Primary Healthcare, Ms Joyce Moriku, to halt the release of newly developed National Guidelines and Standards for Sexual and Reproductive Health and Rights, was sharply criticised. On 28 September this year, perhaps not even knowing it was International Safe Abortion Day, she reportedly said that the Health Ministry did not own the guidelines and that they needed to consult other stakeholders first. However, health experts and the Coalition to Stop Maternal Mortality Due to Unsafe Abortion criticised this assertion on the grounds that all reproductive health officials in the Ministry were consulted before the guidelines were finalised but that the government had jumped ship yet again at the last moment.

The rejected guidelines included making contraceptives available to adolescents who are sexually active. According to the 2016 Uganda Demographic & Health Survey, 25% of adolescent girls aged 15 to 19 are either pregnant or already mothers, one of the highest rates in sub-Saharan Africa.

The health experts and civil society members of the Coalition explained that these guidelines would have helped teenagers to avoid risky sexual behaviours, unwanted pregnancies, HIV and other risks. A Coalition press statement said: “Sexual activity among Ugandan teenage girls is an issue that the Ministry of Health refused to address with evidence-based responses. Instead, they have engaged in costly, protracted policy-setting efforts only to denounce the outcomes that they themselves helped to generate.”

The Executive Director of the Centre for Health, Human Rights and Development (CEHURD), Moses Mulumba, said: “The Ministry of Health should be ashamed. Instead of ensuring a robust policy environment based on human rights and community needs, there is a policy desert…. We have to address the reality Uganda girls are facing. These actions are making life for Ugandans more dangerous by tying the hands of our policy makers and health workers. We need access to services based on science and evidence and that includes sexual and reproductive health services such as pre-exposure prophylaxis for HIV prevention, contraception and more for young people who are sexually active.”

The Coalition said this was not the first time that government had refused to launch health policies and programmes. They pointed to a ban on comprehensive sexuality education announced in 2016 as well as the withdraw of standards and guidelines on prevention of maternal mortality due to unsafe abortion in 2015.