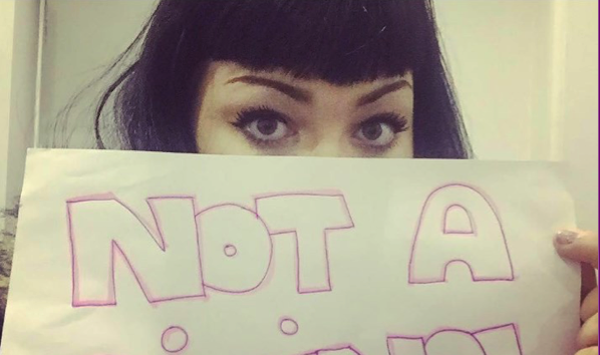 On 11 January 2017, the Belfast Telegraph, Northern Ireland, reported that a woman and her partner were on trial for allegedly using medical abortion pills to self-induce an abortion. On the first day, she asked to remain anonymous while the case was heard, because she was at risk of suicide if her name became known.

On 19 January, the Belfast Telegraph reported that the risk to the young woman’s mental health and life was confirmed by an expert, and anonymity was granted by the judge. A prosecution lawyer disclosed that the test for continuing with the case had been re-assessed following the expert medical evidence and that “In light of all information now available a decision has been taken that the public interest can be met by diversionary disposal.” The couple accepted formal cautions, and prosecutors then withdrew the charges against them after warnings were administered to them last week.

We draw attention to this case for two reasons. First, it informs us that being treated like a criminal and put on trial for self-inducing an abortion can cause depression, anxiety, self-harm and even a risk of suicide in a young girl or woman, especially those who may be vulnerable for other reasons. This represents the State putting the mental health of women at grave risk. It is a form of violence against women and an abuse of women’s right to life and health as well as their right to decide the number and spacing of their children. For this reason, last year, for 28 September, we called for an international moratorium on prosecutions for abortion. It is heartening that the prosecutor appears to have drawn a similar conclusion and withdrawn the case. The implications for future prosecutions will no doubt be the subject some a fair bit of discussion.

Secondly, the term used by the Belfast Telegraph in the article for medical abortion pills was “poison”. According to the Northern Ireland Alliance for Choice, this is not the first time that this news site has used this term, and letters from them in protest have not got them to amend this usage. The use of the term “poison” follows from its use in the 1861 law under which this young woman and her partner are being prosecuted.

We decided to write to them from the Campaign, and to share our letter here, so that others are motivated to respond similarly if and when they read other articles that also deliberately make this “mistake” in order to frighten women away who may some day need the pills themselves:

[I have learned] …that you consistently describe the medical abortion pills mifepristone + misoprostol as “poison” in your articles about prosecutions of Northern Irish women who have used them to induce an abortion [most recently the 11 Jan article]. I’m curious to know how often and on what other subjects you adopt such an archaic and inaccurate 19th century term to describe something that is happening today in an entirely new and safe way.

In the 19th century, when the 1861 Offences against the Person Act was passed, covering a wide range of violent crimes, it included as a crime dangerous abortions for which actual poisonous substances were used in desperation, and did kill or injure women. For that time, and those substances, the term was accurate and made sense.

But now, more than 150 years later, we are talking about two medications developed by a bona fide pharmaceutical company, researched in depth over many years since the early 1980s by scientists working with the World Health Organization, who determined the safest and most effective doses and regimens for both medications, both when used together or for misoprostol alone. Placed on the WHO Essential Medicines list. Approved by almost all governments who allow legal abortions. And even being used in Scandinavia almost exclusively for all abortions.

And yet you are still clinging to the term “poison”? How backward-looking! Why? You’re missing the real story here!

Yours sincerely, [the Campaign]

The language reappears in the 19 January report but specifically in relation to the language of the formal charges – “using a poison to procure her own abortion”, “administering noxious substances” and “supplying a poison with intent to procure a miscarriage”. But at least this time they named both types of medical abortion pill accurately too.