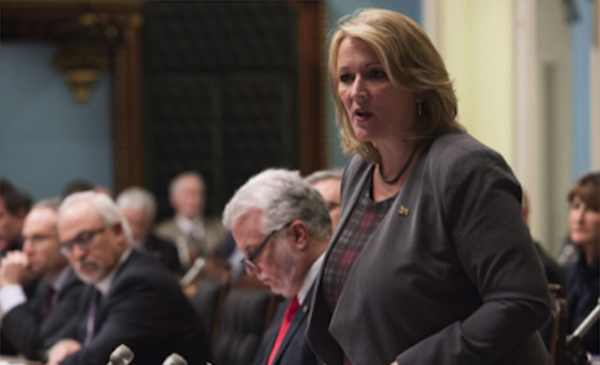 The Minister for International Development, Marie-Claude Bibeau, in the government of Justin Trudeau, has announced millions of dollars in new funding for UNFPA’s work. But she said nothing about financing safe abortion care in developing countries, which was banned in 2010 by the previous conservative government, and strongly denounced at the time by the Liberals, New Democrats and others.

She said Ottawa will invest $5 million for UNFPA’s contraceptive supplies programme for countries in the global South, $11 million for the UNFPA programme to reduce the high rate of adolescent pregnancy in Honduras, and $50 million to support training of midwives in South Sudan.

The Minister was quoted as saying her mandate letter calls on her to ensure that Canada’s focus on maternal, newborn and child health is “driven by evidence and outcomes, not ideology, including by closing existing gaps in reproductive rights and health care for women”. However, she also said in an e-mail to the Globe and Mail that the inclusion or exclusion of certain health services, such as abortion, was under the purview of recipient countries, meaning Canadian development aid could be used to fund abortions. “Providing the service of safe abortion, maybe in some countries where it’s legal, it’s part of [reproductive health] and we’re not against it. This is a difference. But we’re not promoting it right now,” she said.

Only two weeks before, Lise Thériault, the Minister for the Status of Women, said in response to a bill by Parti Québécois member Carole Poirier, that she was open to the idea of installing a security perimeter around the 47 abortion clinics in Quebec if it would allow women to exercise their right to have an abortion without being intimidated as such initiatives exist elsewhere in Canada, especially in British Columbia.

A coalition of 15 organizations, including the Morgentaler Clinic, had recently urged parliamentarians to adopt such a law. Ms. Poirier pointed out that in 2015, the Superior Court had concluded that the freedom of expression of demonstrators should not limit the right of women to have free access to an abortion clinic. The Minister of Health, Gaétan Barrette, has also said he is favourable to the idea.