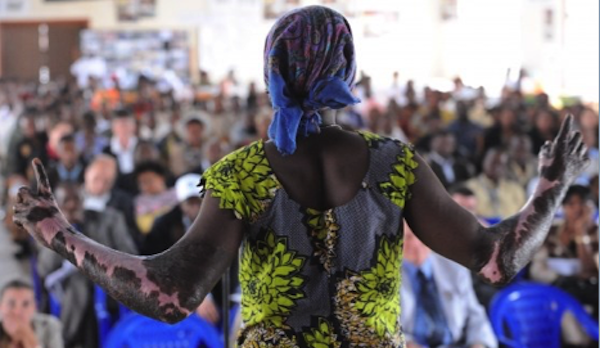 “In Rwanda, children born of women who were raped during the 1994 genocide are often rejected by the community and receive no specific aid. Their mothers, who are also stigmatized, are often their only support in what one of them calls “a life without life”.

“Twenty-two years ago Maria was raped, damaged in her body and soul. Four months ago Fiston, the child born of her rape, hardly noticed his 21st birthday. What could have been a joyous occasion for the young man and his mother served rather to bring back the worst memories for Maria, now 40. “A part of me died with what happened to me,” she says. “And even hearing my son’s name reopens my wound.” Fiston is rejected by her entourage.

“How many children are there like Fiston, born of their mother’s rape during the genocide? Although it is hard to give statistics, it is certain that they are many. Rejected by their mother’s family, their fate worsens with age when they learn of their origins. The deprivation they suffer is then made worse for many by existential angst. Their mothers often wish they had not survived.

“Some women were lucky enough to be killed after being raped and others had the courage to get an abortion,” says Maria. “But I was not killed and I hated the idea of an abortion… For us, these children are an indelible mark of rape, and until the end of my days I will bear this mark on my forehead.”