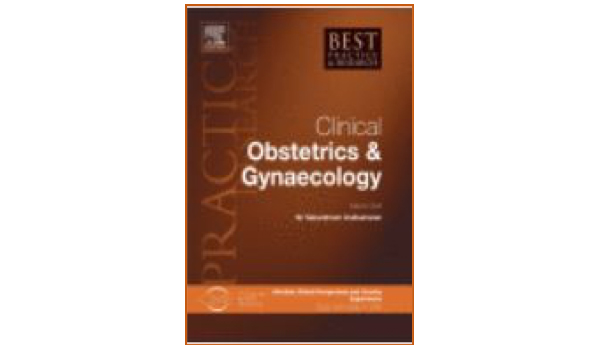 This Special Issue on “Abortion: global perspectives and country experiences” complements another Special Issue on “Safe abortion care.” It provides a clear message that the responsibility of obstetrician-gynecologists for women’s health goes beyond delivering health care to individual patients. Our collective national and global responsibility is expressed in the vision statement of the International Federation of Gynecology and Obstetrics: “Our vision is that women of the world achieve the highest possible standard of physical, mental, sexual, and reproductive health and wellbeing throughout their lives.” We know more than others that women’s health is often compromised not by lack of medical knowledge but by infringement on their human rights. We should not downgrade our profession to be just another technical medical specialty to deliver babies and fix pelvic organ disease.

The Ob/Gyn profession cannot play the ostrich and bury its head in the sands of medical technology when thousands of young women in the prime of their lives unnecessarily risk their life and health undergoing a procedure that should be, owing to modern medicine, almost completely safe. Abortion death and disability could be avoided, not as much by taking costly health action but by stopping taking actions that restrict women’s freedom to control their own bodies. The case study of Canada where there are no abortion laws, presented in this issue, demonstrates that abortion can be regulated as a normal component of usual medical care.

The health profession does not have political power but has knowledge, and knowledge is power. We have the responsibility to educate the public, policymakers, and legislators about the impact of restrictive laws, policies, and regulations on women’s health. As reported in the Irish case presented in this issue, healthcare providers can have a significant influence. The profession, in collaboration with others, has to stand beside and behind women as they empower themselves. A review on the preventable pandemic of unsafe abortion concluded that the underlying causes of mortality and morbidity from unsafe abortion currently are not blood loss and infection but, rather, apathy and disdain toward women.

This Special Issue provides obstetrician/gynecologists with evidence-based information that they need to fulfill their collective responsibility at the national and the global level. The editor-in-chief and the guest-editor are to be complimented for selecting the appropriate themes and for assembling this outstanding group of international experts and their authoritative contributions.

This chapter reviews the evolving consensus in international human rights law, first supporting the liberalization of criminal abortion laws to improve access to care and now supporting their repeal or decriminalization as a human rights imperative to protect the health, equality, and dignity of people. This consensus is based on human rights standards or the authoritative interpretations of U.N. and regional human rights treaties in general comments and recommendations, individual communications and inquiry reports of treaty monitoring bodies, and in the thematic reports of special rapporteurs and working groups of the U.N. and regional human rights systems. This chapter explores the reach and influence of human rights standards, especially how high courts in many countries reference these standards to hold governments accountable for the reform and repeal of criminal abortion laws.

– Global Abortion Policies Database: A descriptive analysis of the regulatory and policy environment related to abortion

The World Health Organization (WHO) Safe abortion: technical and policy guidance for health systems states that regulatory, policy, and programmatic barriers that hinder access to and timely provision of safe abortion care should be removed. Although some regulatory requirements facilitate access, where they act as barriers, they can deter women from seeking safe abortion care. We use data available in the Global Abortion Policies Database as of February 2019 to review policies related to regulatory requirements identified as access barriers in the Safe abortion guidance. We include only countries where such policies apply, i.e., where abortion is lawful on the woman’s request, with no requirement for justification and/or for one or more legal grounds. The results demonstrate the variation that exists in regulatory requirements, but little remains known about how they are implemented in practice and the implications on how women access and how providers offer safe abortion services.

– The Irish Journey: Removing the shackles of abortion restrictions in Ireland

In May 2018, the Irish electorate voted to remove from the Constitution one of the most restrictive abortion bans in the world. This referendum followed 35 years of legal cases, human rights advocacy, feminist activism and governmental and parliamentary processes. The reframing of abortion as an issue of women’s health rather than foetal rights was crucial to the success of law reform efforts. The new law, enacted in 2018, provides for access to abortion on a woman’s request up to 12 weeks of pregnancy and in situations of risk to the life or of serious harm to the health of the pregnant woman and fatal foetal anomaly thereafter. Abortion is now broadly accessible in Ireland; however, continued advocacy is needed to ensure that the state meets international human rights standards and that access to abortion care and abortion rights is fully secured within the law.

– When there are no abortion laws: A case study of Canada

Canada decriminalized abortion, uniquely in the world, 30 years ago. We present the timeline of relevant Canadian legal, political, and policy events before and since decriminalization. We assess implications for clinical care, health service and systems decisions, health policy, and the epidemiology of abortion in the absence of criminal legislation. As the criminal abortion law was struck down, dozens of similar private member’s bills, and one government bill, have been proposed, but none were passed. Key findings include that initially Canadian provinces attempted to provide restrictive regulations and legislation, all of which have been revoked and largely replaced with supportive policies that improve equitable, accessible, state-provided abortion service. Abortion rates have been stable over 30 years since decriminalization, and a falling proportion of abortions occur late in the second trimester. Canada demonstrates that abortion care can safely and effectively be regulated as a normal component of usual medical care.

– Twelve years after abortion decriminalization in Mexico City: Can we still remain an island of liberties?

Latin America hosts the most restrictive abortion legislation globally. In 2007, Mexico, the second largest Catholic country in the world, decriminalized elective abortion within the first twelve weeks of pregnancy in the capital: Mexico City (also known as Federal District of Mexico). Following the reform, the Mexico City Ministry of Health (MX-MOH) implemented safe and legal services. Free services are provided to Mexico City residents and a sliding fee of up to $100 is applied to women from other Mexican states. Conscientious objection was addressed and included in service provision guidelines. Since 2007, 18 of 32 states amended their penal codes to restrict abortion. The road toward increasing access to abortion services at the MX-MOH included a shift from dilation and curettage (D&C) to medical abortion (MA), first with the misoprostol-alone regimen, followed by the combined mifepristone-misoprostol regimen. Manual vacuum aspiration is offered to out-of-state-women or to those beyond the gestational age where MA is less effective. Contraceptive uptake among abortion seekers is high (up to 95% of them prefer a free method of their choice). The Legal Interruption of Pregnancy program at the MX-MOH continues to provide effective, safe, reliable, and free services. However, women from indigenous groups residing in rural areas, those with low schooling, and adolescents with an unintended pregnancy who live in rural, urban, peri-urban districts, and at the state level are underserved despite being legally eligible to receive abortion services. Therefore, information and services for the disadvantaged groups need to be strengthened.

Despite abortion being legally available on request up to and including the gestational age of 12 weeks in South Africa, barriers to access remain. Barriers include provider opposition to abortion and a shortage of trained and willing providers, which has implications for access to safe abortion services. Exploring the factors that determine providers’ levels of involvement in abortion services can facilitate improvements in service provision. Providers’ conceptualizations of abortion are influenced by numerous factors, including moral and religious views, in which abortion is perceived by some as a sin, whereas others view access to safe abortions as an important component of a woman’s right to reproductive autonomy and choice. Barriers to service provision include limited abortion and values clarification training and misinterpretation of conscientious objection. Providers have difficulties with the emotional and visual impact of second trimester abortions. There is an urgent need to address provider shortage, and abortion education and training need to be included in medical and nursing curricula to ensure sustaining abortion services.

– The complex relationship between contraception and abortion

The incidence of abortion is determined by the incidence of unwelcome, or unintended, pregnancies and the propensity to terminate rather than take them to term. Exposure to the risk of unintended pregnancy rises as the desired family sizes fall, because fewer years of reproductive life are taken up with desired pregnancies. Increases in contraceptive use over recent decades have reduced the risk of unintended pregnancies, but this effect has been moderated in many regions of the world by increased propensity to terminate such pregnancies. Globally, a large majority of abortions are still the direct consequence of non-use of any contraceptive precautions among women or couples not wishing to conceive. Reasons for non-use vary but side effects and health concerns figure prominently. As overall contraceptive use increases, choice of methods becomes a more important influence on the likelihood of unintended pregnancies and abortions. Sterilization, implants and IUDs are more effective at pregnancy prevention than methods requiring skill, discipline, memory and frequent re-supply. Effective promotion of these methods, however, is difficult once other methods have become entrenched.

FIGO established a Working Group on the Prevention of Unsafe Abortion in 2007 and a parallel program or “Initiative” with the same name. The initiative involved 46 FIGO member societies from seven regions: South-Southeast Asia, Eastern-Central Europe and Central Asia, North Africa and Eastern Mediterranean, Eastern- Central-Southern Africa, Western-Central Africa, Central America and Caribbean, and South America. Each society working in collaboration with the corresponding Ministry of Health and other agencies conducted a situational analysis and prepared a plan of action based on the findings. Such plans of action are continuously monitored by annual evaluation of the progress in the implementation at regional workshops. A substantial progress has been achieved in providing legal and safe abortion services, replacing curettage for manual vacuum aspiration or misoprostol and introducing and expanding post-abortion contraception with emphasis on long-acting methods, such as IUDs and contraceptive implants.