Netherlands: Join the Manifestation for ‘Take a stand for freedom’ on Human Rights Day, December

CHOICE for Youth & Sexuality in the Netherlands is held a manifestation in The Hague on 10 December, Human Rights Day, to spread awareness of the growing attacks against women’s and girls’ bodily integrity by threats of restrictions to abortion services around the world and also in the Netherlands. Details at: Facebook

El Salvador’s ruling leftist party, the Farabundo Marti National Liberation Front (FMLN) put forward a bill to allow abortion when the woman’s life and health is at risk, in cases of rape or trafficking, unviable fetal anomaly, and in cases of the sexual abuse of a girl who is a minor. The Alianza por la Salud y la Vida de las Mujeres supports this bill and are gathering signatures for their petition. Click here to support the petition.

In January 2015, Leoba Davana and her husband, James Channel, made the difficult decision to terminate their pregnancy. Living in extreme poverty in a remote area of Papua New Guinea with two young children, no access to contraception, and having previously experienced a life-threatening pregnancy, they did not feel able to care for another child at this time. In October 2015 both Leoba and James were sentenced by the National Court in Arawa to five years in jail. Please help to donate to the cost of appealing their 5 year sentence here.

The Ministry of the Interior of the Spanish government has revoked the declaration of public utility of the State Family Planning Federation (FPFE) upon the request, using moral arguments, of an ultra-conservative Catholic association. Please sign this statement: Full text of the request in English || Español

Statements in solidarity with Poland and Northern Ireland, April

ASTRA STATEMENT: We are strongly against the proposed legislation that will tighten the already strict anti-abortion regulations in Poland. The introduction of this law, which is supported by prime minister Beata Szydło, Law and Justice party leader Jarosław Kaczyński and the Polish Episcopate, will mean hell for Polish women. Full text of the request in English.

Ireland: Protest the conviction of woman who took abortion pills because she couldn’t afford to travel to England, April

Alliance for Choice are dismayed at the decision to hand a suspended prison sentence to a young woman who couldn’t afford to travel to England for an abortion, so bought pills on the internet. This conviction is a threat to all people without similar means, and is a clear signal that women are not recognised as full citizens. This is also an indictment of the State party with responsibility for our human rights, which is Westminster. Full text of the request in English.

Chile: Abortion: Respect the dignity and decisions of women, March

One year on from the introduction of a bill in the Chilean Congress that legalizes abortion on three grounds, and weeks away from completing the first half of her term as President of Chile, we are calling on President Bachelet (pictured) and her coalition, Nueva Mayoría, to give a strong political signal and a guarantee that they will carry out their emblematic commitment to Chilean women to reform the law on abortion. Full text of the request in English and Español.

Update: On 17 March, the House of Deputies of the Chilean Congress passed the abortion law reform bill tabled by President Bachelet and her coalition colleagues over one year ago. Read more here. 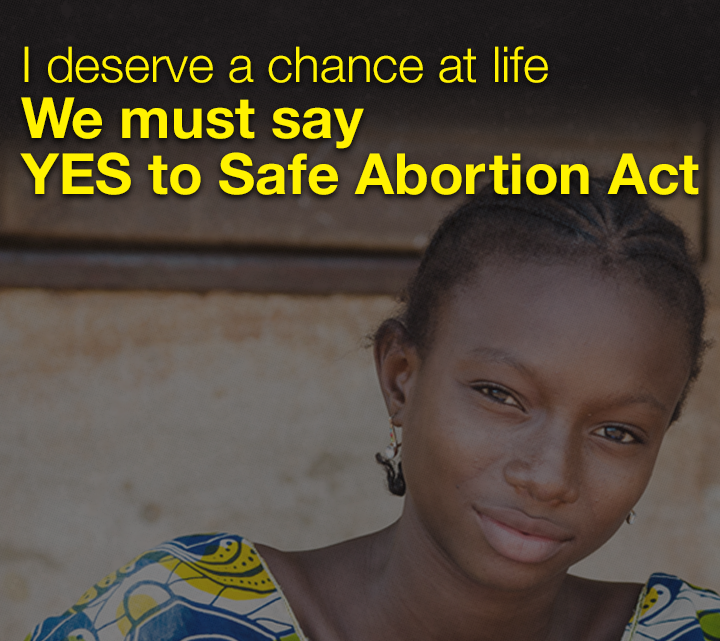 Sierra Leone: Please sign the letter to the President of Sierra Leone to sign the 2015 Safe Abortion Act, January

On 8 December, the Parliament of Sierra Leone overwhelmingly passed the Safe Abortion Act 2015, tabled by ruling party lawmaker Hon. Isatu Kabia. This law replaced a 150-year-old colonial law that made all abortions illegal. The passage of the Safe Abortion Act 2015 is a major victory for women’s health and rights. Unfortunately, after pressure from the Inter-Religious Council and a member of the United States Congress, President Koroma felt under pressure and refused to sign the bill into law. Instead, he sent it back to Parliament for reconsideration. This ground-breaking legislation is now in danger of being withdrawn altogether because of lobbying by conservative groups. Two requests for solidarity were sent out, one global and one to African NGOs. Full text of the global request and from FEMNET.

Update: The law remains in limbo.