Call to decriminalize abortion in Africa 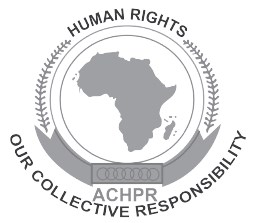 On 18 January 2016, in conjunction with the African Union Gender is My Agenda Campaign meeting in Addis Ababa, Ethiopia, the African Commission on Human and People’s Rights (ACHPR) launched a continental campaign for the decriminalization of abortion in Africa, to bring attention to the extent of unsafe abortion. The Hon. Commissioner Lucy Asuagbor, newly appointed Special Rapporteur on the Rights of Women, spoke during the launch of the campaign and signed the following press release. In 2015, the ACHPR drafted General Comment 2 on Article 14.1 (a), (b), (c) and (f) and Article 14. 2 (a) and (c) of the Protocol to the African Charter on Human and People’s Rights on the Rights of Women in Africa. This was carried out under the guidance of Soyata Maiga, former Special Rapporteur on the Rights of Women. Its aim was to help governments interpret the right to abortion and family planning under the Maputo Protocol .

ACHPR PRESS RELEASE: Women and girls in Africa are counting on us to save their lives!

The African Commission on Human and People’s Rights (ACHPR) through the mechanism of the Special Rapporteur on the Rights of Women in Africa, in line with its Resolution on the Health and Reproductive Rights of Women in Africa, 2007 and with its commitment through a communique on accountability for women’s reproductive health taken in March 2015 in Nairobi; has today launched a continental Campaign for the Decriminalization of Abortion in Africa. The ACHPR has done this in order to bring attention to unsafe abortion which poses a serious threat to women’s and girl’s rights to sexual and reproductive health.

According to the World Health Organization (WHO), unsafe abortion continues to be a public health crisis and one of the largest contributors of maternal mortality and morbidity in Africa, accounting for up to 30% of maternal deaths in many sub-Saharan countries. The WHO estimates that over 6 million unsafe abortions occur in Africa resulting in 29,000 deaths and countless serious injuries and disabilities every year for poor, mostly rural based African women and girls under the age 25.

To that end the ACHPR calls on Heads of State and Government to demonstrate their commitment to preserving the lives of African women and girls by decriminalizing abortion in their respective countries.