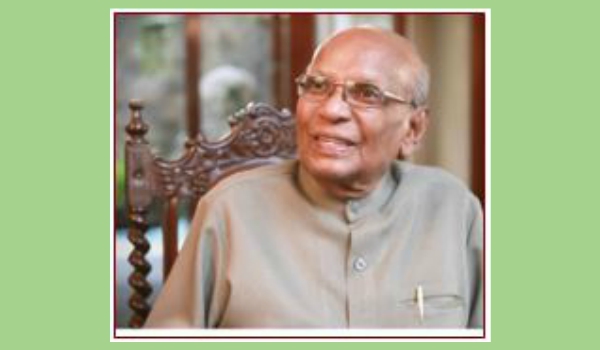 – Prof. Sabaratnam Arulkumaran, former President of the Royal College of Obstetricians and Gynaecologists

In 2017, public debate began once again over proposals to amend the law on abortion in Sri Lanka, with opposition as in the past primarily from the Catholic church. Reforms to the Penal Code of 1883, which permits abortion only if the woman’s life is at risk, had also been proposed in 1995 by the Minister of Justice, in 2011 in the National Action Plan for Human Rights 2011-2016, and in 2013 by the Law Commission of Sri Lanka. In all three instances, the proposals, with slightly different wording, were to allow abortion following rape and for serious fetal impairment, and in all three instances the proposals were opposed and withdrawn.

The current debate revolves around recommendations made following proposals by the Justice Aluvihare Special Committee in 2017, which were to allow for abortion in cases of rape and incest; in any pregnancy occurring in a girl below the age of 16 (a victim of statutory rape); and for serious fetal impairment. This iteration also called for a “procedure that rigorously regulates abortion to prevent the abuse of the process”, whatever that was intended to mean.

The Sri Lanka Journal of Medicine has estimated that nearly 700 abortions take place in the country daily, and unsafe abortion remains a major cause of maternal death. Contrary to common belief, most women seeking abortions in Sri Lanka are married. The reasons given by married women for needing an abortion, in a 1997 study, were that their pregnancy was too soon after the last delivery, poverty and foreign employment. Prof. Wilfred Perera, age 90, one of Sri Lanka’s pioneering obstetrician–gynaecologists, said that many of the women he has treated have come in for post-abortion care “following unsafe illegal abortions, performed by quacks, with high charges, when these can be performed legally and safely at no cost in our hospitals”. More recently, it has been found that contraceptive failure is a major cause, particularly among women not using a modern method. Emergency contraception is not widely known.

The conversation about 2017 proposals was largely brought to public attention by mainstream media following a press conference held by the Sri Lanka College of Obstetricians and Gynecologists in August 2017. It was reported that a Cabinet paper had already received Cabinet approval and that a bill was to be brought to Parliament soon. However, as time passed, this was later denied and no Cabinet paper or bill was ever found or published. Backroom opposition appears to have sabotaged any steps forward, and nothing happened. Cardinal Malcom Ranjit is reported to have offered the alternative that in the case of pregnancies resulting from rape and incest, the Church would institutionalise the children in their orphanages and care homes.

In response to the official Catholic opposition to any law reform, the independent Feminist Catholic Network of Sri Lanka hosted a forum in February 2018 on abortion in Sri Lanka and made a public statement, signed by over 100 Sri Lankan Roman Catholics, showing their support for the proposed reforms. The statement, published in English, Sinhala and Tamil, says: “We object to any barrier that would stop women from making a conscientious choice of their own free will to seek safe, legal medical care”, as well as that “the ‘official’ position put forward by a few clergymen of the Catholic hierarchy makes a false representation of the opinion of ordinary Catholics….” It also provided theological support for the arguments it presented in favour of the reforms.

Women’s rights activists and those working in the field of sexual and reproductive health and rights have continued to advocate and push for reforms to the existing law. Youth activist Sarah Asha De Soysa reiterated the need to keep pushing: “It may get rejected several more times, but we must keep the conversation going and keep asking.”

The Sri Lanka College of Obstetricians & Gynecologists have also been among the most vocal supporters and advocates for the reforms, especially given the experience of their members of having to cope with the damage of unsafe abortions. In a survey published in the Ceylon Medical Journal in 2015, 65% of respondents said abortion should be legalised in cases of rape and 53% agreed that it should be legalised in cases of fetal abnormalities.

Sharanya Sekaram, the author of the three-part Bakamoono series on this issue, writes in Part III: “It was startling and disheartening to realise how under-represented and marginalised women’s voices continue to be even in the light of conversations pertaining to their health. As Meghal Perera writes in Groundviews: ‘While people who are against abortion do not need to have one, it is strange that they feel entitled to make this decision on behalf of every fertile woman in Sri Lanka, ignorant of context and untouched by the consequences of their actions’.”