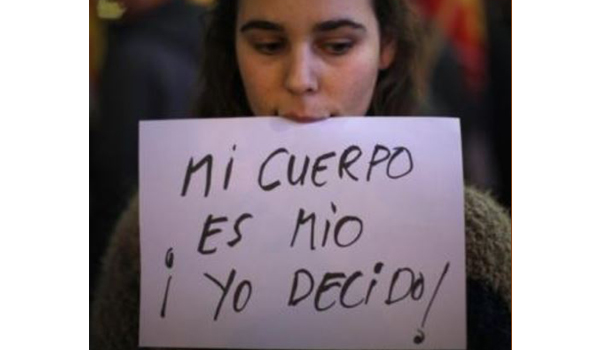 On 24 September 2019, a 16-year-old boy put a newborn baby into the river in a working class neighbourhood near Barcelona. Alerted by witnesses, the Catalan police arrested him. It took three days to find the baby’s body. The Catalan daily El Periodico shed new light on the story on 9 January 2020, when they reported that the girl had tried to have an abortion early in her pregnancy but it was refused. She gave up when the municipal social services told her that she had to get permission from her parents, who she tried to pretend were travelling to their home country in Latin America.

Referred to the antenatal services, she and her boyfriend decided to keep the pregnancy secret instead. Wearing loose clothing, the girl made her parents and teachers believe she was just gaining weight. When the contractions started, the couple rented a room in a boarding house, where she gave birth without medical help, following instructions her partner found on the internet. Then, the boy, telling her that he was going to give the child up for adoption, left to put the baby in the river.

“Beyond this terrible story, there is the suffering in many young girls who are forced to go underground to end their pregnancy, with abortion pills bought on the internet or to have unsafe abortions,” said Francisca García, President of ACAI (Association of Accredited Clinics for the Termination of Pregnancy).

The consternation caused by this case is all the greater since a law approved in 2010 on sexual and reproductive health, on the initiative of the government of the socialist José Luis Rodríguez Zapatero, allows young girls aged 16 and 17 to have an abortion without informing their parents in cases where there was a risk of “domestic violence, threats, pressure, ill-treatment or a situation of distress and abandonment”. This girl was well within the limits set by the law, which says that during the first 14 weeks the abortion is at the girl’s request.