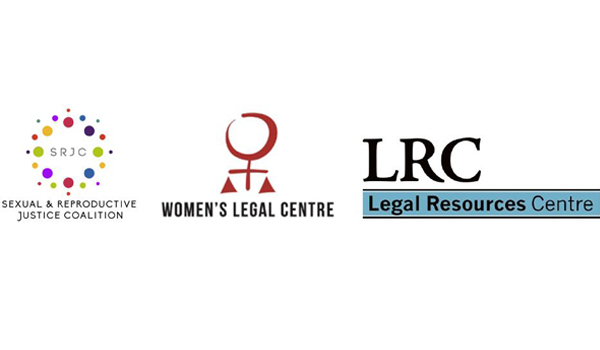 On 14 and 15 November 2019 the Gauteng High Court in Pretoria heard the plea of a group called Voice of the Unborn Baby, joined by the KwaZulu Natal Catholic Archdiocese. They challenged the provisions of the Births and Deaths Registration Act by asking the Court to declare that where a fetus has died at a gestational age younger than 26 weeks, the parents of the fetus should be given an option to bury it, which currently only exists beyond 26 weeks. They argued that hospitals could preserve fetuses in specimen bottles in their morgues until the funeral undertakers fetch them.

The Government asked the Court to reject the change of law because a fetus less than 26 weeks has no legal rights, as it is not yet a human being and is not capable of surviving on its own. South African law recognises 26 weeks as a cut-off point in this. Thus, they said, there is no legal or scientific justification as to why the law should recognise the burial of a fetus of less than 26 weeks upon termination of pregnancy or miscarriage. They argued that the Court cannot change the law simply on the perceived emotional state of “bereaved parents” in the event of pregnancy loss.

“What a thing! It was painful listening to white men talk about the dignity of semen and not mention women’s rights once,” said Marion Stevens of the Sexual & Reproductive Justice Coalition.

Advocate Nikki Stein spoke on behalf of the Sexual & Reproductive Justice Coalition, Women’s Legal Centre and Legal Resources Centre. She spoke of the many arguments presented about the trauma of the loss of a pregnancy and the manner in which, according to the applicants, the right to bury a fetus before the age of viability would ease that trauma. She questioned the claim by the applicants that many parents who experience loss of pregnancy want to be able to elect to bury the fetus, as there was no empirical evidence in support of this. Absent from the debate , she said, was the importance of the distinction between a miscarriage and an abortion, which involves certain fundamental rights of women – specifically the impact such a burial right would have on the confidentiality provisions of the Choice on Termination of Pregnancy Act. The only way to maintain the woman’s right to confidentiality in regard to an abortion would be to take away the right of the biological father to elect to bury a fetus. In addition, given the limited availability of abortion services in the country, there is already a strain on the resources of facilities offering these services and creating a burial right, as argued for by the applicants, would only add to this strain. However, if the Court was minded to allow the burial right, it should only do so to enable and empower women to ask for the burial of a fetus rather than having it offered to or imposed upon them, and that any costs incurred by service providers be covered by the state, not the woman.

Judgment was reserved until some time in 2020.