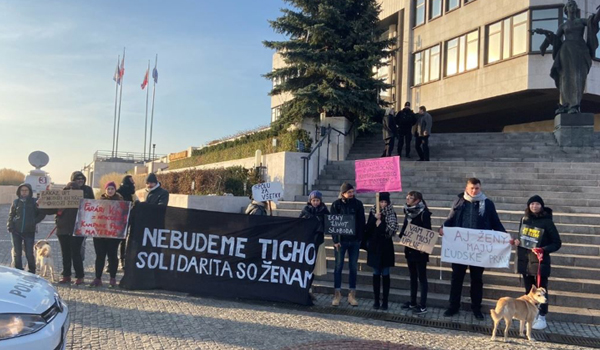 On 5 December 2019, the Slovak parliament rejected the draft bill on abortion that would have forced women seeking abortion to have an ultrasound scan, see images of the embryo or fetus from the scan, and listen to the heartbeat. The aim was to shame them so that they would not have an abortion after all. See our report from 20 November for background.

Ten days ago, more than 30 Slovak health and rights organisations called on legislators to reject the bill because the restrictions had no clinical justification, and warning that the conditions involved would subject women to “harmful stigma, humiliation and degrading treatment.”

On 3 December, the SVK Nationalist Party tabled amendments creating further restrictions, including: requiring the pregnant woman to inform her male partner she was pregnant and intended to have an abortion, a four-day waiting period between the request and the abortion, and putting emergency contraception on prescription only.

The final vote among the 124 legislators present was – In favour: 59; Against: 24; Abstained: 40; Did not vote: 1. The bill fell because it did not achieve a majority among the 124 voters who were present.

The group Freedom of Choice reported this on 5 December on Twitter: #wewontbesilent paid off! The 6th attempt this year aimed at restricting access to safe and legal #abortion DID NOT PASS. We are grateful to everyone who made it possible and supported us.