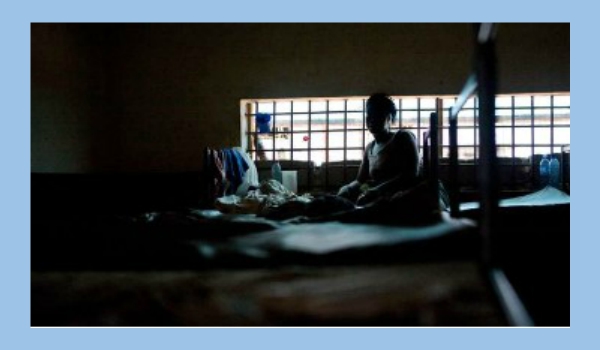 Newborn infants found dead, often in public places, are most of the time the outcome of rape, incest or adultery. In February, the body of a three-day-old baby was found in a plastic bag under a truck in the parking lot of the Stadium Léopold-Sédar-Senghor in Dakar. In the same month, another was found in a market gardeners’ stall. In the past two years, 14 similar cases have been identified in garbage dumps, and body parts of others have been found that may have been eaten by wild dogs. Each case is now recorded and reported to the police.

These cases reveal a worrying phenomenon in Senegal: infanticide. According to the latest survey on the economic and social situation of the country by the National Agency of Statistics and Demography in 2012, cases of infanticide accounted for 25% of cases judged in the Assizes. Also in 2012, the Directorate of Prison Administration identified 29 women jailed for infanticide.

In Dakar alone, it was found in criminal records that 14 women had been sentenced or were in preventive detention for infanticide, even though proving a woman has committed infanticide is often complicated. “You can receive an anonymous call from someone about a birth to a woman but the baby has not been seen.”

In March, a woman was sentenced to seven years in prison for infanticide in a village 150 km east of Dakar. The phenomenon is said to occur mainly in poor neighbourhoods where rape, paedophilia, incest and prostitution are described as common. The motivations mentioned by women who have taken the decision to end the life of a newborn are mainly linked to the suffering related to rape, incest and difficult relations with a spouse, the refusal of marriage when pregnancy occurs, poverty, ignorance of or failure to use contraceptive methods, reinforced by social pressure and not wishing to be shamed. “These unwanted pregnancies occur in a context of hostility, both moral and religious, isolating women. Being abandoned, they become fragile,”  said psychologist Serigne Mor Mbaye.

Another reason, he said, was adultery in areas of high emigration. “There are many cases in the Louga and Tambacounda where husbands are absent for a long time, and women become pregnant as a result of relations with others. Due to the stigma and isolation, they get rid of the baby at its birth after several failed attempts at abortion. “Infanticide is, every time, the culmination of a failed abortion as well.”

The Penal Code permits abortion only to save the life of the woman, but to get permission is a long and costly process, requiring three doctors’ certification. Almost no one succeeds. The punishment for illegal abortion is one to five years in prison plus a fine, and for infanticide, five to ten years in prison. The Senegalese Association of Women Jurists has been campaigning for many years for legalisation of abortion on grounds of rape and incest, and if the continuation of the pregnancy is a risk to the physical or mental health of the girl or woman. But although some religious leaders support their stance, religious conservatism, both Muslim and Catholic, is strong and opposed.

In a prison in Thies, 40 women are condemned or in preventive detention, over 20% of them for infanticide. Almost all of the ones who agreed to speak to the journalist denied killing their baby. One, a mother of four, said she knew how to do an abortion and would have done so early in pregnancy if that was what she had wanted. Another said her baby had been born alive and she had fallen asleep while breastfeeding him; when she awoke, he was dead. Another acknowledged hiding a pregnancy conceived while her husband was away, but denied killing the baby. Each woman’s story is more upsetting than the one before…