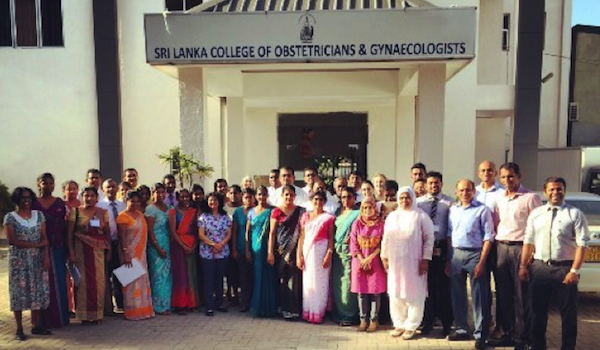 The first attempt at liberalizing Sri Lanka’s abortion law (which allows abortion only to safe a woman’s life, in Penal Code of 1883) took place in 1995, when the subject was debated in parliament. This attempt failed due to the “strong male moralist domination” that prevailed at the time. Sunila Abeyesekera in Reproductive Health Matters in 1997 recorded an impassioned debate on the proposed amendments, an off-shoot of the Women’s Charter, which supported women’s right to control their reproductive function.

Today, the Sri Lanka College of Obstetricians and Gynaecologists (SLCOG) is spearheading a campaign to decriminalise abortion for three indications: severe congenital abnormalities in the fetus incompatible with life up to 22 weeks of pregnancy, and pregnancy resulting from rape and incest up to 20 weeks.

Consultant Obstetrician Dr Mangala Dissanayake, chair of the SLCOG sub-committee on abortion, put forward the following reasons for the need to liberalise the law: unsafe abortions account for 10-12% of maternal deaths, the second major cause of maternal deaths in the country. So, preventing unsafe abortion would mean preventing these avoidable deaths. He said the draft proposal was a culmination of over six years of laborious work undertaken collectively and aspires to minimise unsafe abortions in the country.

However, he said the decision to allow an abortion would be made on an individual basis following “scrupulous scrutiny” by a “competent technical committee comprising experts from various medical specialties in hospital settings above base hospitals. “These cases will be further monitored and evaluated by a central monitoring station.

The bill is endorsed by the Family Planning Association of Sri Lanka (FPASL). Ms Madu Dissanayake, director of public affairs and policy of FPASL, viewed the proposals as an expansion of the current law: “Policy wise this is a good initiative. In terms of services there still remain many unresolved issues,” she commented. She said further: “In Sri Lanka abortion is not an issue of promiscuity as in some other countries. It is very much an issue among the women in wedlock… There are many (married) women whose contraceptive needs are unmet. These include lack of knowledge of contraceptive services available to them and issues related to access to services and contraceptives. They are the people who are in danger of having unsafe abortions risking their lives.” She further stressed that: “It is the poor women who are at high risk. Rich and the women from high social standings have access to safe abortion services, although they are performed clandestinely. The poor women have no option but to resort to cheap, unsafe abortion services.”