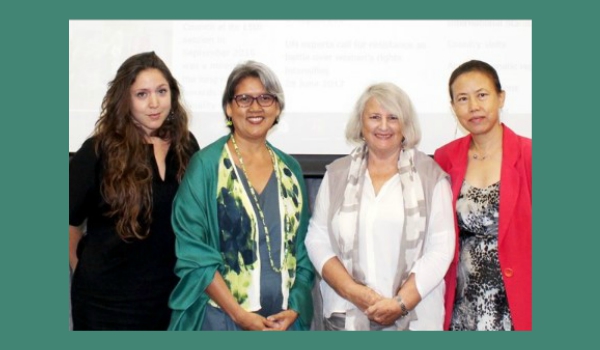 The UN Working Group’s mission was the first official visit ever to Samoa by independent experts designated by the UN Human Rights Council. Kamala Chandrakirana and Eleonora Zielinska represented the Working Group.

Text from the preliminary findings as regards the issue of abortion:

“…We are alarmed at the high rates of teenage pregnancy (9%), which lead to stigmatisation, exclusion and fines in certain villages. In this regard, we reiterate our view that the Ministry of Education ensure, as a key prevention measure, that comprehensive scientific-based sex education is systematically provided in schools to all children entering puberty, despite the current reluctance of teachers to conduct such courses due to cultural barriers. We also strongly encourage support to initiatives such as the Youth Friendly Drop-in Center which provides counselling services and contraceptives. Given the high rates of teenage pregnancies (higher in rural areas) and proliferation of STIs, such services would be optimal if they could also be provided in rural areas and free from the requirement of the consent of parents.

We share the regrets expressed by some of our interlocutors regarding the criminalisation of abortion which, despite the progressive reform of the law in 2013, is still only permitted when the health or the life of the woman is at risk . Some affirm that, despite being taboo, unsafe abortions do take place via the use of traditional hazardous practices which seriously put at risk the health and life of too many women. This phenomenon not being monitored (because it is illegal) and needs to be better understood and documented. Some of our interlocutors asked for a “wake-up call”, considering intolerable that girls as young as 10 years old as a result of rape having to carry on with their pregnancies.

As demonstrated by WHO and detailed in one of our reports to the Human Rights Council , adolescent pregnancy has a long-lasting impact on girls’ physical integrity and mental health. Pregnancy and childbirth are together the second leading cause of death among 15- to 19-year-old girls globally, putting them at the highest risk of dying or suffering serious lifelong injuries as a result of pregnancy. Evidence-based comprehensive sex education and the availability of effective contraception are essential to lower the incidence of unintended pregnancy, and hence to prevent unsafe abortions. Indeed, it has been demonstrated that countries where access to information and to modern methods of contraception are easily available and where abortion is legal, have the lowest rates of abortion. As established per international standards, access to termination of pregnancy should be decriminalised, and abortion made available at least in cases of rape and fatal impairment of the fetus and for pregnancies [in girls] under 16 years old…”