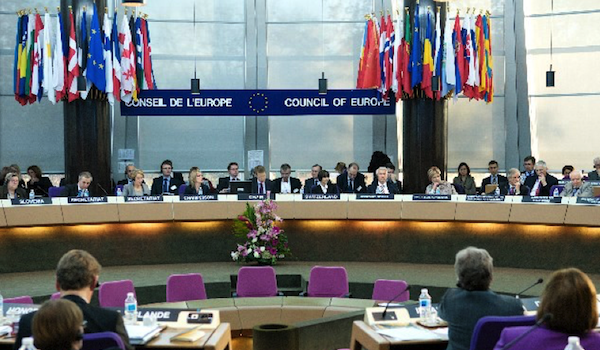 The Committee of Ministers is the decision-making body of the Council of Europe. It is comprised of the Foreign Ministers of the 47 member states. Several years ago, two complaints were tabled with the Committee of Ministers under the European Social Charter, which provides a basis for making “collective complaints”. The complaints were about discrimination against women in Italy seeking legal abortions and discrimination against medical practitioners in Italy who are providing abortions. One was tabled by the International Planned Parenthood Federation Europe Region and the other by the Confederazione Generale Italiana del Lavoro (CGIL, General Confederation of Workers of Italy).

On 6 July 2016, following a hearing in May, the Committee of Ministers adopted several resolutions relating to these complaints. The Committee found that:

Furthermore, women wishing to seek an abortion may still be forced to attend other health facilities, in Italy or abroad, or to terminate their pregnancies without the support or control of the competent health authorities, or may be deterred from accessing abortion services which they have a legal entitlement to receive in line with the provisions of Act No.194/1978, which legalised abortion under certain conditions. This is contrary to the right to the protection of health as guaranteed by Article 11 of the European Social Charter.

The Committee also finds that the public authorities in Italy are failing to ensure an efficient organisation of the services providing access to abortion, taking into account the right to conscientious objection. As a result, many women are deprived of effective access to abortion services. Pregnant women seeking to access abortion services are treated differently depending on the area in which they live. In addition, the differential treatment on this basis may, by extension, have an adverse impact on women in lower income groups, who may be less able to travel to other parts of Italy or abroad in order to access abortion services.

The resolution states that there is no public health or public policy justification for this difference in treatment. It arises solely due to the inadequate implementation of Act No. 194/1978. Therefore the difference in treatment amounts to discrimination and constitutes a violation of Article E in conjunction with Article 11 of the European Social Charter.

The Committee also finds that there is a violation of Article 1 § 2 of the Charter on the grounds of the difference in treatment with regard to protection at work between medical practitioners claiming conscientious objection to doing abortions and those who do not object. The Committee says that the CGIL has provided a wide range of evidence demonstrating that non-objecting medical practitioners face several types of cumulative disadvantages at work, both direct and indirect, in terms of workload, distribution of tasks, career development opportunities, and more.

The government was asked “to take steps to establish a technical monitoring board so as to verify that Act No. 194/1978 is being fully and correctly implemented, with the aim of preventing any form of discrimination between objecting and non-objecting health care staff, also through modified management and mobility of staff guaranteeing the existence of an adequate services network in each region.

They note the numerous direct testimonies that had been provided by the CGIL, which demonstrate a lack of career opportunities, including promotion, for non-objecting medical practitioners, excessive workload and aggravated working conditions. The Italian government, the Committee says, has provided virtually no evidence contradicting that evidence. Nor has the government demonstrated that discrimination is not widespread.

The differences in treatment and the disadvantages suffered by non-objecting personnel arises, the Committee says, simply on the basis that certain medical practitioners provide abortion services in accordance with the law. There is no reasonable or objective reason for this difference in treatment, which amounts to discrimination in violation of Article 1 § 2 of the Charter.

Complaints about differentials in average working time and effects on health between health professionals objecting to doing abortions and those who do not object were not upheld due to lack of sufficient evidence.

However, the Committee said that the Charter imposes positive obligations on States Parties to take preventive action to ensure moral harassment does not occur, in particular in situations where harassment is likely. The failure of the government to take any preventive action, training or awareness-raising measures to ensure the protection of non-objecting medical practitioners, it says, amounts to a violation of Article 26 § 2 of the Charter.

Information about the Council of Ministers + Photo