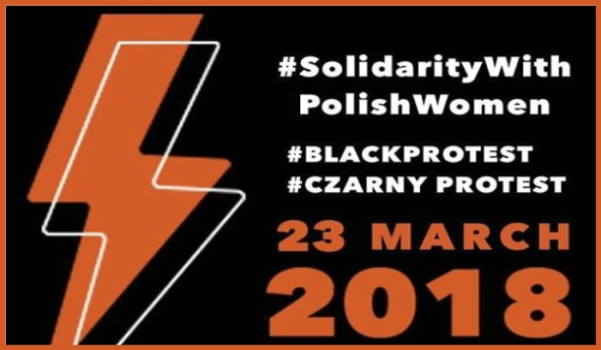 Geneva (22 March 2018) – A group of United Nations human rights experts has called on the Polish parliament to reject a new draft bill entitled “Stop Abortion” which will be debated this week and which risks causing serious damage to women’s health and lives, and violating Poland’s international human rights obligations.

The United Nations Working Group on the issue of discrimination against women in law and in practice has called on the Polish Parliament to reject a draft bill up for consideration this week that would ban abortion in situations where there is a severe fetal anomaly, one of only three legal grounds for termination of pregnancy available in a country that already has one of Europe’s most restrictive abortion laws.

UN human rights experts have already sent several communications to the Polish Government regarding past attempts to further restrict access to abortion, and the Government replied to one such communication in 2016, but has not addressed the most recent communication sent by the experts.

The experts highlighted that these efforts risk damaging women’s equality, dignity, autonomy, and bodily integrity, restricting their access to information and their rights to a private life and to health, and exposing them to forms of cruel and inhuman treatment. They underlined that forced continuation of pregnancy in any circumstance violates a person’s human rights.

The experts urged the Parliament to respect the right of women to make autonomous decisions about their own bodies and reproductive functions, which are at the very core of their fundamental right to equality and privacy concerning intimate matters of physical and psychological integrity.

The UN experts: Alda Facio, Elizabeth Broderick, Ivana Radačić, Meskerem Geset Techane, Melissa Upreti, Chair-Rapporteur and members of the Working Group on the issue of discrimination against women in law and in practice. Endorsed by the Special Rapporteur on violence against women, its causes and consequences, Dubravka Šimonović.