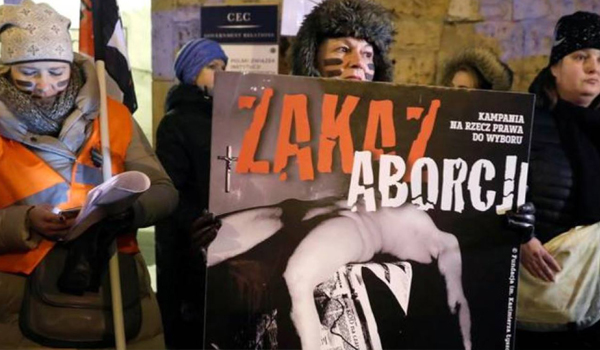 This new initiative launched on 12 December 2019 aims to help anyone in Poland who contacts them to access a safe abortion, either in Poland or abroad. The group is the result of collaboration between activist groups in four countries. Anyone who wants information about abortion can contact Kobiety W Sieci (Poland), who have more than 13 years of experience providing pregnancy options counselling, including unbiased, factual information about abortion. Any caller who wishes to obtain an abortion will be referred to the Abortion Dream Team (Poland), Women Help Women (global), Ciocia Basia (Germany), Abortion Network Amsterdam (Netherlands) or Abortion Support Network (United Kingdom) and given information about safe medical abortion pills, internet sources for abortion pills and counselling, advice on abortion clinics, help arranging travel and accommodation, and/or funding towards the cost of abortion abroad.

Abortion without Borders will help as many people as they can with information, practical support, creative problem solving, and, where required and available, with funding. Abortion Without Borders believes that getting an abortion shouldn’t depend on where someone is born and what passport they carry. Abortion Without Borders welcomes anyone who is for safe, legal, accessible abortion, regardless of age, gender, faith or nationality. Until everyone who needs an abortion can get one locally, we will be here.

Mara Clarke, from ASN, reports: “The very first call to the helpline, which opened at 12:30pm on 11 December, literally just when it opened, was from a woman who said: “Thank you so much for doing this. I had an abortion three weeks ago and I felt completely alone. And now I don’t.” Between then and 8pm on Tuesday 17 December, the helpline received 186 calls and emails from women in Poland seeking information and advice on accessing a safe abortion.”

Abortion Without Borders stress that all their activities are all legal.