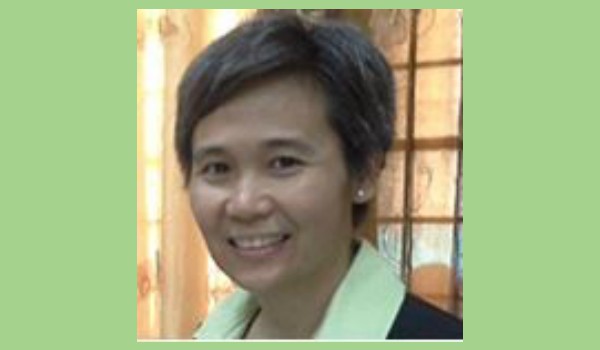 It’s time for the Philippines to decriminalize abortion

Most of the women who are hospitalized and die from complications from unsafe abortion are poor, Roman Catholics, married, with at least 3 children, and have at least a high school education.

[On] May 25, in a historic referendum, Ireland paved the way to increase access to abortion… This is great news for Irish women and for women living in restrictive abortion laws… [Other] predominantly Catholic countries have also liberalized their laws on abortion… Spain…Belgium…France…Italy…Portugal…

While therapeutic abortion is allowed in the Philippines to save the life of a woman or to prevent disability, there various other reasons why Filipino women undergo abortion – why they induce abortion:

There is a very high incidence of rape in the Philippines. A Filipino woman or girl is raped every 58 minutes, and about one in every 9 Filipino women who induce abortion are rape survivors. Some women and girl-children who became pregnant resulting from rape were forced to resort to clandestine and unsafe abortions to end their unwanted pregnancies while others have tried to commit suicide.

Without access to safe and legal abortion, they end up part of the statistics of women who die from unsafe abortion complications. These cases fall under the ambit of therapeutic abortions to save the life and health of the woman.

Excerpts from the abstract and main textCenter for Reproductive RightsNew York, NY, USA

Unsafe abortion is a major cause of death and pregnancy‐related injury for women and adolescent girls in the Philippines, where an estimated 25 million women are of reproductive age. Since the mid‐1990s, complications from unsafe abortion have been cited as one of the top three leading causes of hospital admission for women in the Philippines. In a 2004 study, unsafe abortion was the leading cause of admission in three of the nation’s tertiary hospitals. An estimated 610 000 abortions took place in 2012, 100 000 women were hospitalized with complications and around 1000 women died. The Philippines currently has one of the highest abortion rates in Southeast Asia, with poor women more likely to resort to risky and ineffective methods, and to experience complications, than non‐poor women.

In 2000, a Philippine policy clarifying the legality of medical treatment for women with post-abortion complications was introduced to address maternal death from unsafe abortion… and reports of discrimination and abuse by healthcare providers against women who had abortions illegally. Despite its initial success… implementation and expansion were not prioritized. The incidence of unsafe abortion has increased over the years and… the mistreatment and abuse of women has continued in violation of medical ethics and the law…

…Two landmark pieces of legislation, the Magna Carta of Women (MCW), passed in 2009, and the Responsible Parenthood and Reproductive Health Act (RPRHA), enacted in 2012, have made clear that provision of post-abortion care is not equivalent to committing or causing an abortion… Under these two laws, abortion remains a crime but post-abortion care is a right guaranteed to women and girls.

In 2016, the Fabella Memorial Hospital… in Manila City that has a dedicated post-abortion care ward, took the unprecedented step of co‐hosting with the Philippine Safe Abortion Advocacy Network, a public event highlighting the painful experiences of women who had resorted to unsafe abortions and been mistreated when they sought post-abortion care. The event stirred intense discussion among hospital staff, clients, and around 170 participants, leading to a consensus on the need to take action to end such mistreatment and abuse.

In late 2016, the Department of Health introduced… the National Policy on the Prevention and Management of Abortion Complications (PMAC) to guide the provision of post-abortion care in public and private health facilities and promote its integration with other reproductive health programs… The new policy… contains several provisions geared toward addressing key challenges faced by women and health care providers in the context of post-abortion care, such as the lack of privacy and confidentiality of patients, the practice of reporting women who have abortions to the authorities, conscientious objection, and the absence of a redress mechanism for the mistreatment and abuse of women.

…[T]he new policy clarifies that “there is no law requiring service providers to report women and girls suffering abortion complications to the law enforcement authorities”. It also protects providers against liability by establishing that “PMAC providers who provide humane, nonjudgmental and compassionate post‐abortion care shall not be liable for criminal, civil and administrative complaints.” The new policy provides more detailed guidance on the protocols for treatment of abortion complications and explicitly permits the use of manual vacuum aspiration and uterotonics by trained and certified providers under certain circumstances. The policy also promises to make a full range of contraceptives available to recipients of post‐abortion care…

The new PMAC policy… reflects a positive change in the mindset of policy makers towards women who have abortions – that they are not mere criminals, but individuals with rights and dignity that must be respected… The policy’s expansion to adolescent girls reflects the particularly high risk faced by girls of this age of unplanned pregnancy, and maternal death due to clandestine and unsafe abortion…

Successful implementation of the new PMAC policy will depend on the government’s ability to make the legal status of post-abortion care widely known to health service providers at all levels of service delivery in the public and private sectors.