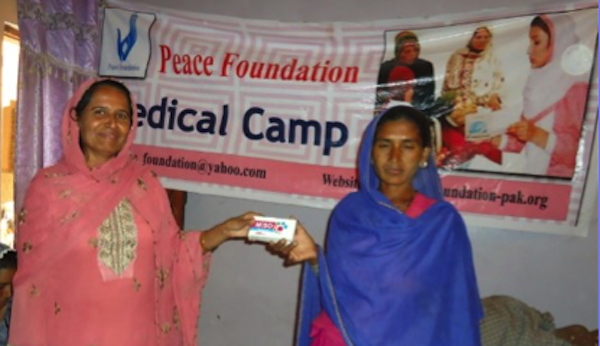 The Peace Foundation Pakistan runs a project for reducing unsafe abortions in rural areas of Sindh, Pakistan, with the Safe Abortion Action Fund. We use social media and a telephone helpline for consultations for safe medical abortion. We organize free mobile camps to provide misoprostol (the medical abortion pill that can be used alone) and family planning services in rural areas of Sindh.

We take photographs of misoprostol users, with their permission, to publish and share elsewhere, in order to provide evidence of the acceptance of misoprostol by women. All these pictures are drawn from 48 free camps we organised in Sindh during the years 2014-2016. These photographs have proved useful for assuring women who are seeking abortions. We found them very useful also in our community meetings, where people initially express reservations about the use of misoprostol. We provided 2,850 misoprostol packs which were distributed by pharmacies for safe medical abortion. In the 48 camps, 1,165 women received abortion services, including 252 girls under the age of 19, and 785 women received short-term methods of post-abortion contraception (including condoms, contraceptive pills, injectable, and emergency contraception).