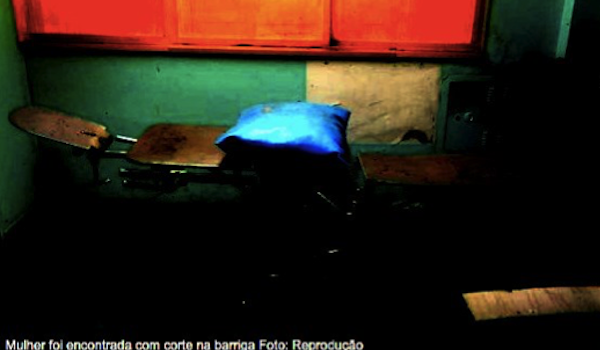 From the point of view of sexual politics, yet more drastically, the city that projected the global image of a Mount Olympus of fit and sensual bodies, as soon as the games were over has once again revealed its face as a gendered slaughterhouse. On 24 August, the press reported that Caroline de Souza Carneiro, 28 years old, had died due to a clandestine, unsafe, botched abortion. Her body was left in the street, repeating the cruel pattern of abjection that has also characterized the deaths of Jandira and Elisângela in 2014. Significantly, the news broke on the same day that the petition on women’s rights in relation to the Zika virus – including the right to pregnancy termination – was presented to the Supreme Court of Brazil. In an article published in Folha de São Paulo, when the news of this death began circulating, the journalist Claudia Colucci asked “For how long will we be collecting women’s dead bodies from the streets?” She added:

“[Abortion-related] deaths that get into the media are not sufficient to disclose the very grave public health problem that is abortions in Brazil… Policy makers and politicians are more concerned with their electoral interests and do not care about these women, who die in despair, abandoned. Or even with those who will suffer from emotional and physical sequelae of unsafe abortions. This is not something that will happen to their wives and daughters because if they need abortions, they will get the best of care. It is the obligation of a state ruled by the principles of laicité to protect women’s health and prevent clandestine abortion deaths. This issue cannot continue to be subject to political trade-offs aimed at gathering the support of the religious electorate.”