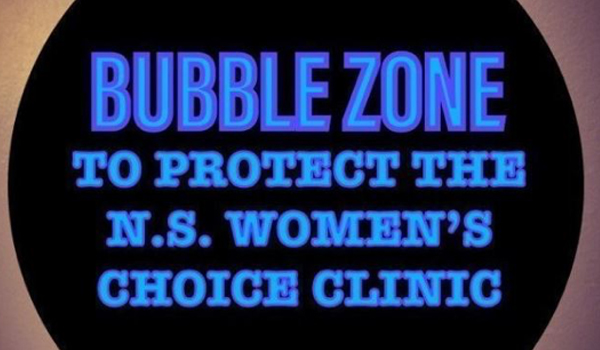 A bill aimed at restricting anti-abortion protests in Nova Scotia received wide support in the legislature in the first days of March 2020, with many members sharing emotional and heartfelt speeches in favour of a woman’s right to access reproductive health care, free from harassment or intimidation. “In my own life, this is a really resonant issue,” said NDP MLA Claudia Chender, who tabled the bill Tuesday.

The Nova Scotia NDP is calling on the government to pass a “bubble zone” law that would ban anti-abortion protests within a 50-metre radius of healthcare centres, clinics and hospitals. It would also allow government to create protected zones around the homes and offices of physicians who perform abortions, and prevent anyone from trying to dissuade physicians from providing abortions.

Kelly Regan, the Liberal Minister for the Status of Women said she suspected everyone in the House knew someone who had had an abortion. “So let me be clear,” Regan said. “No Nova Scotians undergoing a procedure like this should have to deal with strangers commenting on their health on the way into that operation. It’s a principle of this government that women should have agency over their own bodies.”