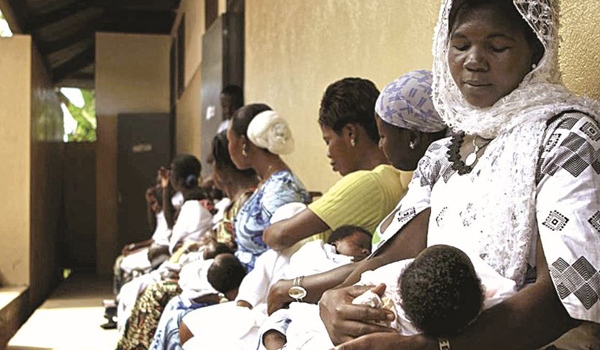 After five un-spaced pregnancies and childbirths all via caesarean section, a 35-year-old woman from Anambra State got pregnant again because she was looking for a male child. In the seventh month of her sixth pregnancy, she developed complications and was fighting for her life in hospital after developing high blood pressure, respiratory problems, torn stitches from previous caesareans and a haematoma. The baby became distressed due to lack of oxygen and died in the womb. She was at risk of dying when this article was published.

In a private hospital in Lagos State, a 45-year-old woman died after suffering from sepsis and bleeding during delivery. Despite being warned by doctors to stop getting pregnant because of her age and health condition, her husband continued to pressurise and threaten her with taking a second wife if she failed to give him a male child. She gave him a boy, but didn’t live to see the child herself.

In Kano State, a 34-year-old mother of six girls died during an unsafe abortion after a scan revealed she was carrying a baby girl. Her husband had warned her he would leave and get a younger wife if she had another girl. Scared of losing her husband, she had an unsafe abortion, which cost her her life.

And then there are all the young girls who die from unsafe abortions.

At the same time, too many and too frequent pregnancies, lack of awareness of fertility management, lack of contraceptive use, contraceptive failure, lack of access to family planning information and services, and religious and cultural opposition mean there is a high rate of unsafe abortions. Anambra State Coordinator of Family Planning, Mrs Stella Ekweozor, accused the church of posing the greatest challenge to achieving the goals of family planning in the country, even though women seek to prevent or end pregnancies “because things are really hard in the country”.

Each day in Nigeria, women are battling with their lives and health, going through immense physical and psychological torture in their marriages, for not producing a male child. The culture of male child preference has resulted in all kinds of violence against women, which is on the rise in Nigeria, according to the European Union and United Nations Spotlight Initiative. Maternal mortality in Nigeria is 576 per 100,000 live births, the fourth highest globally, according to UNICEF.