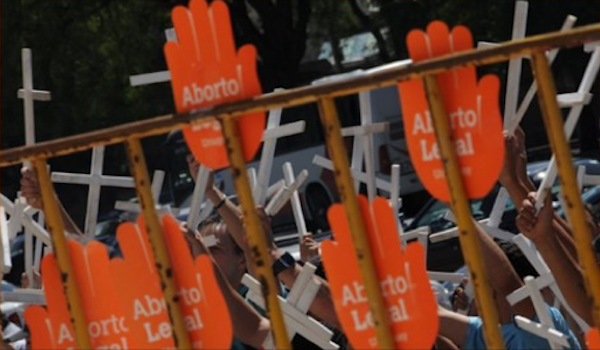 A judge in the city of Mercedes, Soriano, has ruled against a woman having an abortion who was booked for the abortion on 23 February. The ruling came after her ex–partner tabled an amparo asking the court to delay the abortion so that he could challenge her decision. The judge agreed to hear the case and then assigned a solicitor for the fetus, who was permitted to question the woman about her reasons for seeking an abortion. The judge then refused the abortion. The case caused a wave of reaction from political organisations and women’s groups who support the 2012 reform of the abortion law.

Margarita Percovich, a former senator and driving force behind the 2012 law reform, explained to PáginaI12: “The decision of the judge was clearly unconstitutional because the ruling was not based in existing law and did not comply with existing regulations on abortion”.

The woman is 24 years old and was 10 weeks pregnant when the case was heard. The lawyer for the young woman said he felt “a profound personal and professional outrage” at the ruling of the judge, and appealed the ruling. The appeal would have to have been heard within 10 days as the law permits abortion on request only up to 12 weeks. It was thought the case might end up in the Supreme Court.

However, on 1 March El Observador reported that the woman had had a miscarriage. Her solicitor stated that she had been under a huge amount of stress because of the case and confirmed that there was firm medical evidence that the miscarriage was spontaneous.

On 2 March, El Observador reported that the woman will take legal action against the judge who denied her an abortion, in order to prevent other women having to go back to the backstreets for illegal abortions. She said: “These last weeks have been absolutely terrible; the whole world wanted to have an opinion about my body.”

In a statement published on 25 February, before the woman miscarried, Lilián Abracinskas, director of Mujer y Salud en Uruguay (MYSU), who have been supporting the woman throughout the case, said that the court did not have the right to intervene in the woman’s decision: “It is clearly stipulated in the law that no one can interfere in the decision of the woman, from any side. The court has tried to reopen a debate that ended in 2012 and made a ruling that is not in accordance with the letter of the law, nor permitted to the man involved. It is not in the power of the court to rewrite the law. When a judge seeks to use their powers to impose their own beliefs and ideology, we have a very serious problem.”

Her biggest concern was that this was an attempt to set a precedent for men who want to influence women’s decisions and use the courts to take control over women’s bodies. “It is not a coincidence that this case has arisen in Soriano, which is one of the last bastions of resistance to the 2012 abortion law. In that part of the country, 100% of gynaecologists are conscientious objectors,” she said.