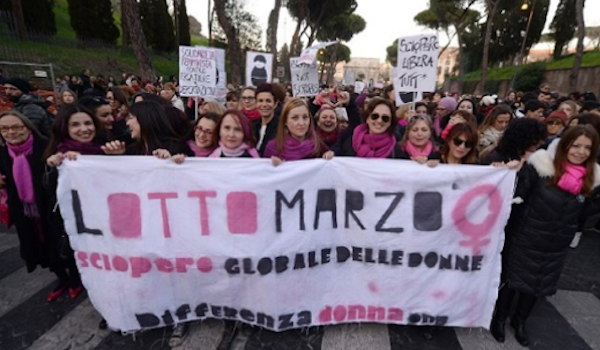 An Italian woman has revealed she was turned away from 23 hospitals in north-west Italy when she was seeking abortion services, highlighting the disconnect between the country’s abortion laws and access to services.

The 41-year-old mother of two came forward to share her story anonymously in Il Gazzettino. She became pregnant when her contraceptive failed. She was refused an abortion by her gynaecologist and her local hospital, and then began contacting other hospitals, which also refused to see her. The hospitals said they didn’t have an opening within the 12-week timeframe, or that they didn’t have doctors who were willing to do the procedure.

The woman was only able to access an abortion when trade union Italian General Confederation of Labor (CGIL) intervened, allowing her to get an abortion at Pauda’s main hospital, which had previously refused her request.

In many cases, waiting lists for abortions can prevent women from accessing the service within the 90-day window. CGIL reports the “dangerously long” waiting lists force women to pay for private services, or “to resort to clandestine abortions, a social shame which Law 194 was created to prevent.”

The question of whether Law 194 is being fully respected was recently thrown into the spotlight when a Lazio hospital announced it planned to hire two non-objecting doctors, specifically to carry out abortions. Italy’s Bishops Conference protested that conscientious objection needed to be upheld, while the president of Rome’s order of physicians labelled the plan “unjust and discriminatory”. Lazio’s regional governor, who first proposed the idea, said it was a necessary measure to ensure the law is upheld. He cited official figures which put the proportion of conscientious objectors at 78% in Lazio, slightly above the national average of 70%.

The Council of Europe ruled against Italy for the second time last April, stating the country’s abortion system breaches a woman’s right to protection of health.