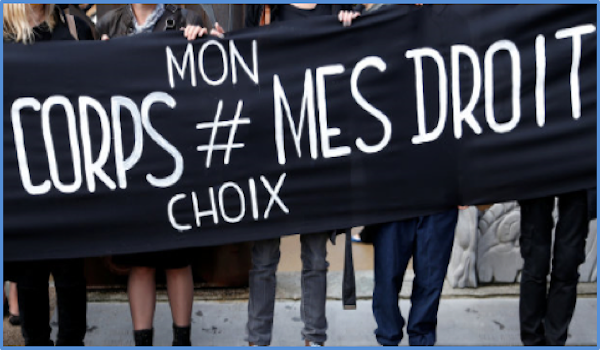 A number of other proposals for legislation have already been introduced by other opposition parties – sp.a, PS, Challenge and Ecolo-Groen – to remove abortion from the criminal law and to amend the law in a number of different ways. The PTB say they want to ensure that these proposals are addressed as quickly as possible within the Parliamentary Public Health Commission, in order to remove abortion finally and definitively from the Penal Code.

The PTB proposal was introduced on 12 June. It would extend the right to abortion up to 20 weeks after fertilisation, as in the Netherlands. It would also reduce the period of “reflection” between the request for an abortion and the abortion itself from 6 days to 48 hours. It would continue to allow conscientious objection.

They have dedicated the initiative to Lucie Van Crombrugge, feminist activist and a leader in the struggle for the complete decriminalisation of abortion – although she always argued for no restrictions.

Because of the current 12 week time limit, unless the woman has a medical reason for the abortion, and the 6 days for “reflection”, many Belgian women are too late and have to travel abroad, currently some 500 women per year, mainly to the Netherlands, which costs them hundreds of euros.