Home » News » The implications of banning D&E, the most common second trimester procedure in the USA 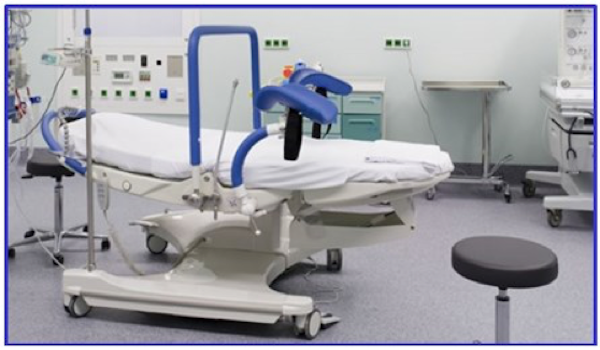 Dilation and evacuation (D&E) is a safe method of second trimester surgical abortion, approved by the World Health Organization. The patient’s cervix is dilated and suction is used to remove the fetus. Depending on a variety of factors (including gestational age, the extent of dilation, and providers’ training and preference), the provider might also use surgical instruments as a primary or secondary part of the procedure. 11% of abortions in the USA take place after the first trimester; national estimates suggest that D&E accounts for roughly 95% of these.

The safety of D&E was documented by the late 1970s. According to the American College of Obstetricians and Gynecologists (ACOG), D&E is the predominant approach to abortion after 13 week” and medically preferred because it results in the fewest complications for women compared to alternative procedures.*

Since Roe v. Wade legalised abortion nationwide in 1973, anti-abortion policymakers have pursued numerous strategies to restrict access, including efforts to eliminate access to abortion after the first trimester by banning one method at a time. The first attempt was made in 1974 in Missouri, but was struck down in 1976.

In the 1990s and early 2000s, state efforts to restrict access to abortion after the first trimester coalesced around bans on so-called “partial-birth” abortion – an inflammatory term coined by an anti-abortion group, which is not a recognised method and has no precise medical definition. Many, but not all, of these state-level restrictions were struck down by courts, until the Supreme Court upheld a federal version in 2007, which succeeded in banning dilation and extraction (D&X), an abortion method that the American College of Obs/Gyn argued was, according to medical consensus, the “safest and offers significant benefits for women suffering from certain conditions”. They further noted that the ban “diminishes the doctor-patient relationship by preventing physicians from using their clinical experience and judgment”. In upholding the ban, a majority on the Supreme Court reasoned that women would still have access to D&E.

Current efforts now aim to restrict D&E. As of mid-February 2017, seven US states had enacted laws essentially banning D&E; four of these are not in effect while litigation against them proceeds. A fifth is scheduled to go into effect in August. The bills include only very limited exceptions. Instead of using medical terminology, they employ inflammatory rhetoric (e.g. referring to D&E as “dismemberment abortion”).

D&E bans in only two states affect very few abortion providers, so the impact is not yet clear. Medical groups argue that if faced with one of these bans, providers would be forced to base clinical decisions on fear of prosecution rather than on professional medical judgment or the preferences of their patients.

One potential modification to the procedure would require women to undergo an additional, invasive step before a D&E to induce fetal demise, such as an injection through the woman’s abdomen or cervix. Although some providers take this step when they believe it will make an abortion easier to perform in a specific case or when a patient requests it, the ACOG and the Society of Family Planning have concluded that the available evidence does not support induction of fetal demise as a general practice to increase patient safety.

Another potential option, as yet rarely used in the USA, is to induce labour using medical abortion instead of D&E. Most US women select D&E when given the option between D&E and induction in research studies.

This is a shortened version of this article. References are available at the source.

Editor’s Note: Use of mifepristone+misoprostol, in contrast to the USA, is the most common method of second trimester abortion in Europe, and is also approved by the World Health Organization. The pro and con debate among pro-choice clinicians about which of the two methods is safest and which is preferred by women and by abortion providers has been happening for more than 10 years and is ongoing. Although it may be somewhat out of date, a May 2008 supplement to Reproductive Health Matters contains excellent papers on second trimester abortion policy and methods as well as some history about outdated methods, which may also still be in use.