Home » News » Sweden: Where conscientious objection to abortion is not recognised in law 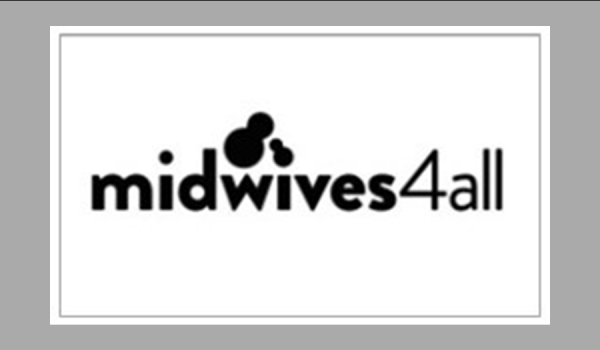 In Sweden, conscientious objection is not recognised in law. A Swedish midwife who refused to participate in abortions or prescribe contraceptives, which are part of the job description for midwives, was turned down for jobs in three clinics in the region of Joenkoeping in 2014.

Her case was tried by Sweden’s discrimination ombudsman and appealed to the district court. Both ruled against her claims of discrimination in 2015. The district court ordered her to pay the authorities’ legal costs. She then appealed to the Labour Court. Her anti-abortion lawyers argue on human rights grounds that her freedom of religion and freedom of conscience have been breached, and that she has been discriminated against.

Her legal team call themselves Scandinavian Human Rights Lawyers. Her legal and financial backing, however, comes from a group called Alliance Defending Freedom, a Christian US anti-abortion group, well-known in the USA, that declared net assets of $4.9m on its US tax return in 2015.

The president of the Swedish Association of Midwives. Mia Ahlberg, says it is important that ADF’s role in this case is becoming known in Sweden. In January 2017, when the case opened in the Labour Court, she told Radio Sweden: “I have been discussing this a lot and people think that ‘well, she is just alone, it is just one midwife fighting, it is like the small one against the big one’. But this is not the case. This is a global, very strong, well-funded organisation that is trying to get their message though in different countries in different ways. And it is very, very important that this gets out, so you know what is behind it, so you know who you are fighting against,” she said.

Indeed, this group’s anti-abortion tactics in the USA are being repeated in Sweden – to tie up the courts with suits that are not supported in national law, for the publicity and the nuisance value, and to tie up and wear down the pro-choice movement in opposing them. Thus, it is less well-known that in 2015, another Swedish midwife also sued her health authority after she was denied employment when she said she would not carry out abortions. She too was represented by the same lawyers as the midwife in the current case, and she too was supported by ADF.

This case is said to be an important piece of the ADF’s anti-abortion lobbying activity in Europe, as their aim is to influence European abortion law. They say they are prepared to go all the way up to the European Court of Human Rights. One can only hope that the Swedish courts will soon deny them the right of appeal, to stop this dragging on.

The arguments for her case

Using human rights language, the midwife’s lawyers have argued that the European Union and Europe’s main human rights watchdog, the Council of Europe, call for “freedom of conscience for healthcare professionals” concerning abortions. And that Sweden’s neighbours, Norway and Denmark, have specific clauses allowing this in their healthcare systems. Abortions are only “a very limited part of the work” of a Swedish midwife, the lawyers claim. It seems her unwillingness to provide contraception is being left out of their arguments, however, at least in the media reports.

Article 9 of the European Convention on Human Rights, which is part of Swedish law, has also been cited by her lawyers, as requiring states to safeguard “freedom of thought, conscience and religion”. However, this Convention also allows for restrictions on this right, in certain cases, including “for the protection of health” of other citizens.

The anti-abortion movement’s addition of the right to object to providing contraception, which in most countries is neither controversial nor covered by the criminal law, has failed to gain any legal traction, even in the USA – where they then changed their tactic to trying to remove contraception from the list of services covered by government-funded health insurance.

The arguments against her case

Sweden’s policy on abortion follows the principle that “the needs of the patient always come first”, Mia Ahlberg explained to the BBC. The key point is that the midwife has a choice – she can always choose another profession – but in many cases a woman having an abortion could not choose to become pregnant. She argues that the case is about women’s rights, women’s human rights and women’s access to good, safe healthcare.

What about the freedom of conscience argument? If the midwife were to win, she said, it could have a big impact on Swedish healthcare: “For example, a nurse who is a Jehovah’s Witness might refuse to perform a blood transfusion.” Swedish midwives’ training includes abortion procedures and after-care. “It’s part of our professional competence – so the employer has a right to say ‘you cannot work here’… Swedish midwives today do abortions quite independently in some units.” Although Sweden does not have enough midwives, she says, that is not a reason to make an exception for one midwife, stressing that women’s rights and the integrity of midwifery are at stake and must be defended.

In effect, what she is saying is that the anti-abortion argument is always the same argument, dressed in different clothing. It not only puts the fetus first but also puts the objecting midwife first. It is just another way of saying that the woman and her needs and rights do not come first and do not take precedence over every other competing claim.