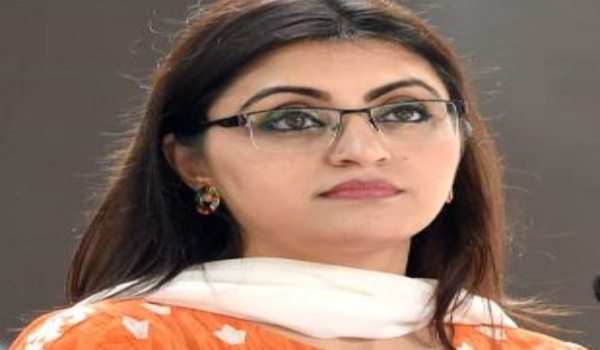 Gulalai Ismail, is the co-founder and chair of Aware Girls in Pakistan and an award-winning human rights activist. She was detained at the Islamabad airport on 12 October 2018 by the Federal Investigative Agency on her return from the UK. Her passport was confiscated and she was told she would soon be sent to jail in Swabi for speaking at a peace rally on 12 August, where she gave a welcome speech. A police case was registered against 19 people who took part in the peace rally, Gulalai was one of them. She was released on an interim relief after being detained for a day and having applied for bail before arrest. She appeared in court on 18 October for bail before her arrest hearing, and will again appear in court on 25 October. If the bail before arrest is not granted, she will be arrested.

Gulalai’s detention and arrest is an attack on her civic freedom. She has always worked to counter extremism, for preventing young people from joining militant organizations, for peacebuilding, for inclusion of women in peacebuilding and for women’s rights in Pakistan. Detaining her, taking away her passport, adding her name to the Exit Control List, banning her from travelling outside Pakistan is an attack on her constitutional rights, her rights to mobility, to speak up, to freedom of expression and freedom of thought, and an attack on her civic liberties. You can read more about her detention in this Amnesty International report. This is an audio message from Gulalai during her detention.

PLEASE SIGN THIS PETITION, which is being circulated by the International Humanist and Ethical Union. It asks the Prime Minister of Pakistan to return Gulalai’s passport and restore her right to travel.

If you have contacts in Pakistan, please send a letter/ posts/ tweets to the Prime Minister, Interior Minister and foreign offices of Pakistan and media asking for removal of her name from the Exit Control List, her passport to be returned, to stop the persecution against her and to drop all criminal charges against her and restrictions on her travelling.