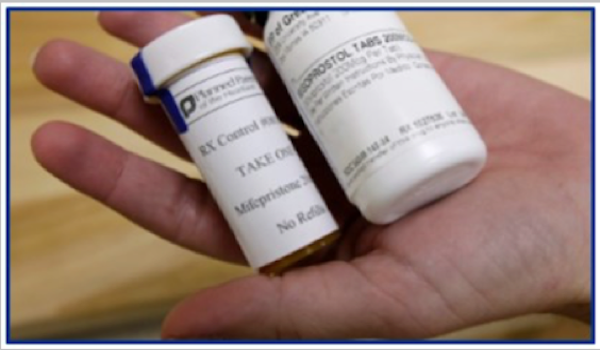 Objectives: The aim of the study was to assess the efficacy and acceptability of a regimen using mifepristone and buccal misoprostol with unlimited dosing for second trimester abortion in Armenia.

Methods: Women seeking to terminate 13-22 week pregnancies were enrolled in the study. Participants swallowed 200 mg mifepristone in the clinic and were instructed to return to the hospital for induction 24-48 hours later. During induction, women were given 400 mcg buccal misoprostol every 3 hours until the fetus and placenta were expelled. The abortion was considered a success if complete uterine evacuation was achieved without oxytocin or surgery.

Results: A total of 120 women with a median gestational age of 18 weeks participated in the study. All women began misoprostol induction around 24 hours after taking mifepristone. Complete uterine evacuation was achieved in 119 (99.2%) women. The median induction-to-abortion interval was 10.3 hours (range 4–17.4) with a mean of 9.5 ± 2.5 hours. A median of four misoprostol doses (range 2–6) with a mean of 4 ± 1 misoprostol doses was administered. The induction-to-abortion interval, number of misoprostol doses, pain score and analgesia use increased as gestational age advanced. Acceptability of the method was high among both patients and providers.

Conclusion: The medical abortion regimen of 200 mg mifepristone followed 24 hours later by induction with 400 μg buccal misoprostol administered every 3 hours, with no limit on the number of doses used for the termination of pregnancies of 13–22 weeks’ gestation is an effective and acceptable option for women.

400 mcg buccal misoprostol every 3 hours until expulsion of

the fetus and placenta. A median of four doses was needed

and no woman needed more than six doses to evacuate

the uterus completely –- without any observed or reported