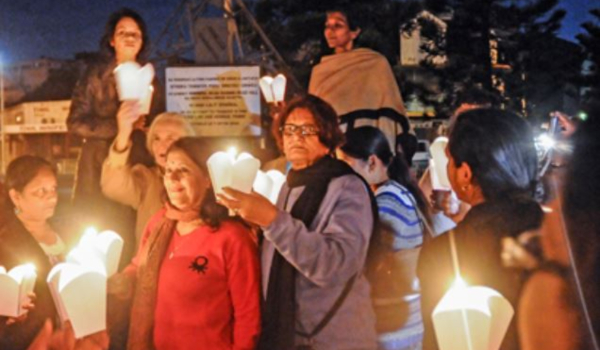 Complications related to unsafe abortion are decreasing. Attitudes have changed. But abortion is only allowed on four grounds, and many continue to be illegal. A 15-year-old girl recently had an abortion with the help of her 22-year-old boyfriend, who was arrested last Monday. This event creates an opportunity to look back at the situation in Mauritius since abortion was partially decriminalised almost seven years ago.

In June 2012, abortion was permitted in the first 14 weeks of pregnancy, following amendments to Article 235 of the Mauritian Penal Code, without restrictions, on four grounds: risk to the life; risk to the physical and mental health; fetal anomaly on the advice of medical specialists; and as a result of rape or sexual relations with minor, where the case is reported to the police or a doctor.

Have these reforms affected the number of clandestine abortions since then? No, says Lindsey Collen, of Muvman Libersayon ​​Fam. “The four circumstances indicated are restrictive. Moreover, it takes time to prove that there was a rape, for example, or any of the problems mentioned.” However, what has changed are attitudes towards abortion. At least, some people think so. “Society is no longer harsh on women who have an abortion. We must also face the reality that those who seek abortion have not necessarily been victims of rape, or become pregnant while they are minors.”

Accordingly, it is necessary to broaden the parameters of this law, and to explain precisely which health professionals are authorised to provide abortion. Many people go to pharmacies to get abortion pills. “It is not because of law reform that there will be more abortions. “A woman who wants to have an abortion should not have the police after them ” Collen says.

While conceding that reforms of 2012 were a step forward, Vidya Charan, president of the Mauritius Family Planning & Welfare Association, also admits it is still a restricted legal framework. “It means that those who are in a situation of distress, which is not covered by the law, will always turn to illegal abortion,” she says. But she advocates for accountability. “It’s not just teenagers, but women who are affected. Medical data show that in 1 in 10 cases, there are still complications. This is, after all, a medical issue.”

It is no secret that abortion pills are sold under the counter in some pharmacies. But what follows in this article is that the president of the Pharmacy Association of Mauritius, Arshad Saroar says that when they hear of such cases, they report them to the Ministry of Health. And that they tell women it is necessary to be examined by a gynaecologist and get a prescription for the pills. He claims that since the 2012 reforms, there has been a decline in the numbers going directly to pharmacies because, he says, people are now more aware of the consequences of sexual intercourse. But no evidence is provided.

Then Dr Hack Soreefan, a gynaecologist and a member of the Private Medical Practitioners Association, is quoted. He said that if a woman seeks an abortion for reasons that are not legally permissible, she is told that it is not allowed. But then he admitted that he is opposed to law reform because, he says. “Abortion will become a method of contraception” he says. He prefers prevention.

But here is Arshad Saroar again, who says: “There is no abortion pill in Mauritius. …What is Cytotec? It’s a tablet that deals with gastric problems. As side effects on a pregnant woman, it causes an abortion. Just like Viagra, which was not created to treat erectile dysfunction, but rather to control blood pressure. It was during experiments that researchers found the side effects of these tablets,” says the president of the Pharmacy Association of Mauritius.