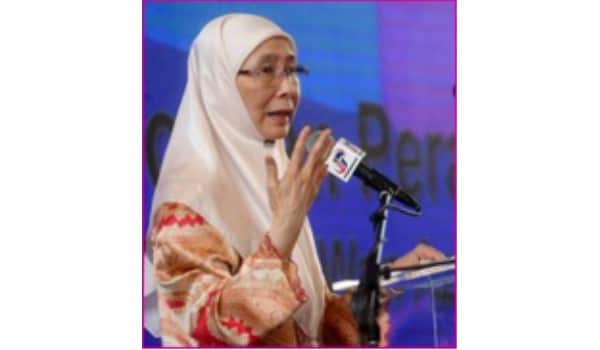 According to Minister of Women, Family and Community Development, Datuk Seri Dr Wan Azizah Wan Ismail (photo), 1,010 cases of baby dumping have been recorded in Malaysia from 2010 to May 2019. 64% of the babies were found dead. Deputy Minister Hannah Yeoh said that in the same period, there were 292 cases where the babies were left near residential areas, 115 babies were left in toilets, and 95 were found in rubbish bins. At the same time, she said, 1, 305 people have applied to the Welfare Department to become adoptive parents. She pleaded that “people” hand these babies in. But this does not really speak to the situation of those abandoning the babies, most probably teenage girls. Nor does the government’s new campaign of reproductive health education for teenagers, as it is focused only on abstinence.

As Dr SP Choong of the Reproductive Rights Advocacy Alliance Malaysia points out, “Such strategies are based on the assumption that most teenagers who do get pregnant would happily continue the pregnancy if given the opportunity to give up the baby for adoption anonymously… but with so much stigma attached to unwed mothers, such a decision would usually be a last resort.” Moreover, he says, under current Malaysian law on abortion, the girls involved would qualify for a legal abortion.
SOURCES: The Star Online/PHOTO, by Ashley Tang, 3 August 2019 ; The Star Online, letter by Dr SP Choong, 8 August 2019