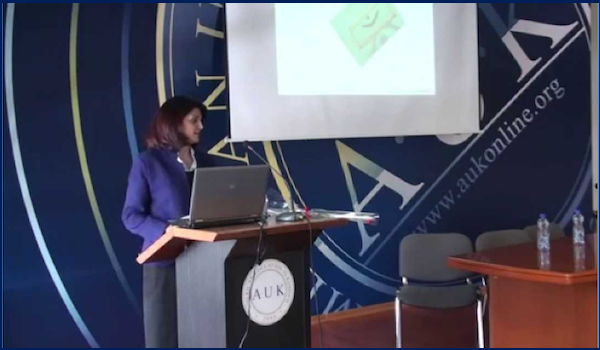 In Kosovo, the law allows women to have abortions up to the 10th week of pregnancy, and abortion remains a difficult journey. But some are ready to take all the risks.

“Attitudes do not change. In Kosovo, an abortion is always seen as very bad.”These words of Iliriana Gashi, director of Women for Women Kosovo, leave no doubt as to the image of abortion in Kosovo. Still taboo, abortion is rejected by the public authorities and the majority religions of the country – Islam and Christianity.

Yet abortion has always been legal in Kosovo. Before 1999, it was legal under Serbian law. In April 2006, more or less the same grounds for legal abortion were enshrined in the new laws of Kosovo, then under United Nations administration.

The law says that a woman over 18 years of age and pregnant less than ten weeks may have an abortion. This is two weeks less than in France, where one can have an abortion up to the 12th week of pregnancy (or 14 weeks of amenorrhoea). After this, abortion can only be considered in “cases of danger to the woman and/or the fetus”. A minor must get the authorization of her parents.

But the reality is even worse. Of the 122 gynaecological clinics in Kosovo, only five are permitted by the Ministry of Health to provide abortions, according to a report by the UN Population Fund (UNFPA) published at the end of 2006. And only one of those clinics is a public clinic, that is, where the services are free. That is the University Clinical Center of Kosovo, in Pristina. But even there, posters against abortion can be found on the walls, as reported by Le Courrier des Balkans et Prishtina Insight in 2016. The posters say: “Abortion is a crime committed by the mother. ”

Even so, according to UNFPA estimates, there are between 28 and 50 abortions for every 100 live births in Kosovo. In France, there are 26.4 abortions per 100 live births. Many women have abortions because they live in poverty, but this is not the only reason. “They do not want to have many children, because they wish to give their children more education they themselves have received,” Iliriana Gashi told Kosovox.

For those that exceed the legal limit, one solution remains: the backstreets. Private clinics, not licensed by the Ministry of Health, illegally providing abortions. Here, the operation costs between 20 and 50 €, according to the President of Women for Women Kosovo. A large sum of money, since the average salary in Kosovo is 300€ per month. The conditions are precarious and women are likely to suffer complications: infections, bleeding, problems during subsequent pregnancies… even death in the most extreme cases.

Another solution, that costs less, also exists. Pills of misoprostol, available on sale in pharmacies, called Cytotec. But the public authorities are not interested in this problem.

“Our leaders are conservative for the most part,” explains Iliriana Gashi. The subject of abortion and, more generally, of the rights of women, is an uncomfortable one. This is also the view of Dejona Mihali, from the opposition party Vetevendosjë (Self-Determination). “In Kosovo, in the face of fear of blame by the family and society, abortions are most of the time conducted in secret in private clinics where the Ministry of Health has no entry. “In Kosovo, a woman’s right to decide freely about her body is still far from being respected.”