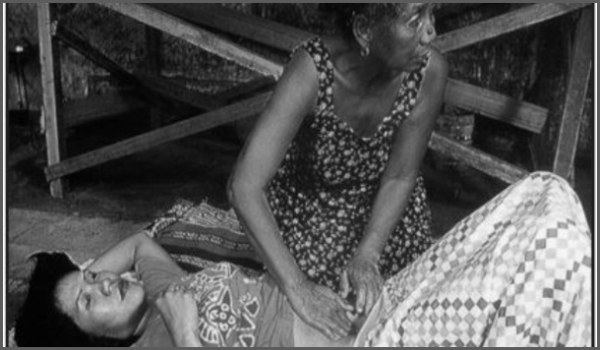 “I became pregnant when I was 16. When I sought help from my family, they disowned me,” 23-year-old Tari (not her real name) said. So she moved from one friend’s place to another, eventually moving to West Java. After she gave birth, her family took the baby but told her she had to leave. She now lives in Jakarta. Despite the hardship, she said she never regretted giving birth.

Yamini, a 70-year-old traditional baby masseuse in Magelang, Central Java, was arrested on Tuesday after the police found 20 bags of fetus skeletons buried in her backyard. She allegedly practised abortion for 25 years by massaging her clients’ pregnant bellies to kill and remove the fetus for a fee of around US$144, the Magelang Police chief was reported to say. She was charged with child abuse that caused death under the 2014 Child Protection Law, which carries a maximum punishment of 15 years’ imprisonment.

On 4 June, a mother, son and daughter of the same family were held in detention for their alleged role in a rape and abortion case. The son reportedly forced his sister to have sex with him eight times, resulting in a pregnancy. In a face-saving act, the mother carried out an abortion when her daughter was 8-months pregnant, using a turmeric concoction and massaging her belly. The fetus was buried in a nearby palm plantation but was found by a farmer a few days later. The son was charged with intentional abortion under the 2014 law, which carries a maximum penalty of 10 years in prison. The mother was accused of aiding the son, but the girl was treated as the main perpetrator.

Uli Pangaribuan from the Legal Aid Foundation of Indonesian Women’s Association for Justice argues  that the girl was the victim, not the perpetrator. “The abortion was carried out because she was a rape victim,” she said. “She needs to be protected, not charged.”

Zumrotin K Susilo of the Women’s Health Foundation said the government has failed to protect women’s reproductive rights despite the 2014 government regulation that legalised abortion for rape victims and as a life-saving measure. This is because legal abortion must be carried out by a certified doctor in a health facility designated by the health minister, and accompanied by counsellors who provide ‘psychological assistance’ throughout. But, according to Zumrotin, the government has yet to designate the medical facilities in question, so women continue to have unsafe abortions in underground clinics.