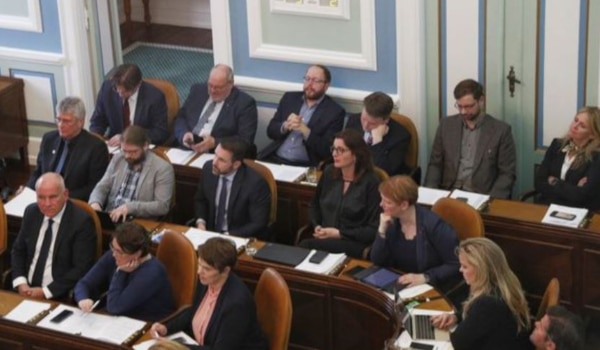 On 14 May 2019, the Icelandic parliament passed a bill that legalises abortion on request within the first 22 weeks of pregnancy regardless of circumstances. Abortion was previously legal within the same timeframe; however, the decision to terminate a pregnancy after the 16th week required the approval of a committee. That decision is now solely in the hands of the pregnant person. The bill was passed with 40 votes for, 18 against, 3 abstentions and 2 absent. Among the 18 opposed, 16 were men.

A further change is in relation to minors, who are now legally able to terminate a pregnancy without the consent of a parent or guardian. The new law adds that the minor shall be offered information and counselling on contraception.

Lastly, the terminology referring to abortion in Icelandic was changed to “interruption of pregnancy”, replacing the previous, more charged term literally translated to “fetus extermination”.

The public gallery of the parliament was packed with spectators who supported the measure, who watched intently as the final debate and vote was taken.There were cheers when the final count was tallied. Minister of Health Svandís Svavarsdóttir, who introduced the bill, said the number of Yes votes “speaks for itself”, and that the passage of this law means that “there are 40 members of Parliament who are ready for the 21st century”.
SOURCES: Iceland Review, by Jelena Ćirić,14 May 2019 ; Reykjavik Grapevine, by Andie Fontaine, 14 May 2019 ; PHOTO