Home » News » Gibraltar – part of the UK but like Northern Ireland, excluded from Britain’s abortion law 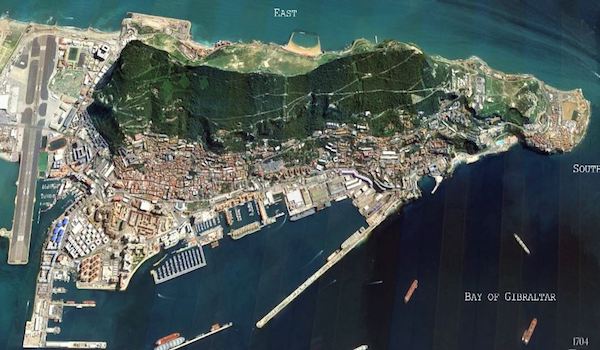 Gibraltar is a peninsula hanging off the edge of Spain, separated from Spain by an airport runway, belonging to the UK but excluded from British abortion law. Gibraltar is governed by a 2011 law that is based on the 1861 Offences against the Person Act, which calls for life imprisonment for anyone seeking an abortion or anyone aiding someone else to do so.

Two women’s groups have recently become active in Gibraltar as regards abortion. The Gibraltar Women’s Association believes it is time to change the law. They say they know of many women who have suffered physical and mental health problems after being forced to travel to Spain for “poor quality operations”. When the women return home, they keep what they did secret and don’t seek further medical care for fear that news of their abortion will spread. The Association says the situation is forcing many women to travel to Spain or have backstreet abortions in Gibraltar. Women who are unable to obtain a visa to travel to Spain, such as migrants or refugees, are particularly vulnerable, says the Association’s spokeswoman, Anne-Marie Struggles.

The Independent reports one woman’s story: “Yolanda”, like countless other Gibraltarian women, crossed the border into Spain to get a backstreet abortion in one of the border towns, such as La Linea de la Concepción or Cadiz. “The whole thing cost me €500 all in,” she says. “I couldn’t afford to go to a proper specialist clinic in the UK or one in a bigger Spanish city like Malaga, so I had to go to a doctor in La Linea. Immediately, I did not feel comfortable – his practice was dirty and his staff rude. I felt like I was on a conveyor belt.” In the immediate aftermath she knew something was wrong. “I couldn’t stop throwing up and had awful cramps in my stomach and pelvic region over the next 48 hours.” Too afraid to visit a doctor in Gibraltar with such symptoms, she had to borrow money from a close friend she swore to secrecy and this time, visit a private doctor, again in Spain. During the abortion, she learned, she had contracted an infection in the lining of the uterus and genital tract. While the initial infection cleared up after a course of antibiotics, Yolanda continues to endure daily stomach cramps.

The Equality Rights Group in Gibraltar has also spoken out and say they are considering taking legal action to press for the legalisation of abortion in Gibraltar. In a statement ahead of International Women’s Day, they said it was “ironic” that 18 years after their formation, whose aim was equality in Gibraltar, they must still consider legal action to safeguard what is already a “well-established set of international rights”. “We have been saying it for years, and recently we have said it again in support of the Gibraltar Women’s Association’s call: we fully support a woman’s right to be able to terminate a pregnancy on a number of grounds and subject to medically approved time limitations – but without imposition from anyone.”

They are therefore in the process of taking legal advice and studying what action they can take, possibly starting in the Gibraltar courts, but with a view to proceeding further, as necessary, based on the call by international human rights bodies to ensure access to safe, legal abortion.