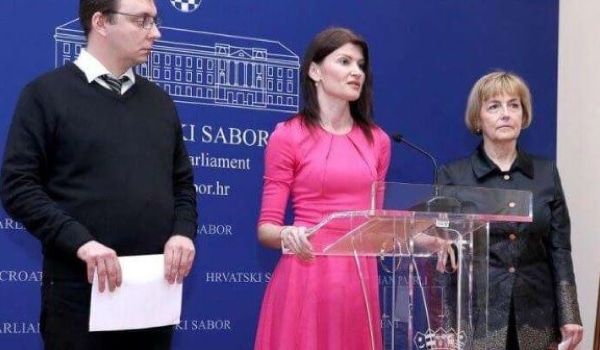 On 2 March 2017 the Croatian Constitutional Court delivereda ruling obliging the Croatian Parliament to pass a new abortion bill withintwo years, noting that it was not possible to ban pregnancy termination.Nothing happened, however, and the deadline passed.

On5 February 2020, SDP member of Parliament Sabina Glasovac outlined anSDP-sponsored bill on medicallyassisted pregnancy termination. She said that in Croatia abortion was legal,but it was neither accessible nor free. An abortion currently costs € 240-470. She said that some public hospitals did not provideabortions at all on conscience grounds. The bill envisages penalties formedical institutions that refuse to perform abortion.

The bill also proposes that abortion be allowed up to 12 weeks fromconception (instead of 10 weeks) and that minors aged 16-18 be allowed to havean abortion without their parents’ permission. Lastly, the SDP proposes thatthe cost of abortion, sterilisation and contraception should be fully coveredby the Croatian Health Insurance Fund.

On 21 February, 22 MPs in the Croatian parliament also tableda proposal to set up an inquiry commission into the financing, work andinfluence of organisations which provide anti-abortion counselling to pregnantwomen. Their aim is to prevent quackery and disinformation about abortion. MPsBojan Glavašević (Independent), Sabina Glasovac (SDP) and Vesna Pusić (GLAS)told the press that according to reports in Croatian and foreign media,so-called pregnancy crisis centres were spreading in Europe, including inCroatia, as part of a coordinated global project aimed at creating obstacles toabortion. There is evidence that some of these pseudo-medical institutions arereceiving funds from foreign organisations and governments, notably from theUS, as part of its policy to deny the right toabortion around the world, the three MPs added.

They said Croatia had beenadvised by CEDAW in 2015 not to go backwards with regard to sexual andreproductive health, which included access to safe abortion.