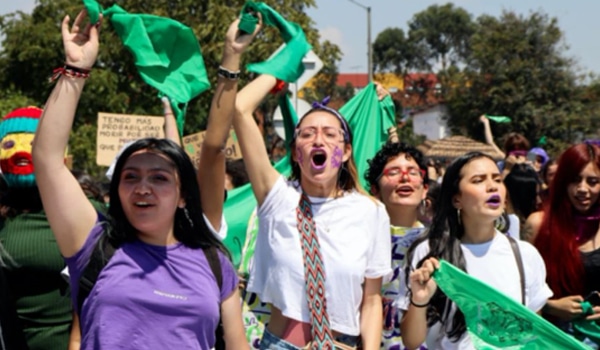 Through a collective action led by the Causa Justa (Just Cause) Movement, on 16 September 2020, 91 organisations and 134 activists, including Women’s Link Worldwide, who work for the defence of women’s rights at the national level, filed a joint lawsuit asking the Constitutional Court of Colombia to eliminate the crime of abortion from the Penal Code for violating the fundamental rights of women and health personnel. Currently, abortion is legal in three circumstances, but for the Just Cause Movement, the demand is a solution to root out the barriers that womencontinue to face in practice.

Although Constitutional Court ruling C-355 (2006) was a milestone in Latin America and the Caribbean, as it made Colombia into one of the countries in the region with the broadest legal grounds forabortion, structural barriers persist that hinder legal provision. Women in Colombia continue to face the risk of criminal prosecution, going to jail, or being subjected to discrimination and stigma when seeking safe access to services, largely due to the fact thatabortion continues to be a crime in the Penal Code.

Data from the Attorney General’s office show that 97% of the women reported to the police for abortion were from rural areas, and 30% were victims of domestic violence, sexual violence or personal injury. These data reflect that in Colombia a framework of persecution ofwomen in the most vulnerable situations prevails…. It is estimated that due to structural access barriers across the country, only between 1% and 9% of abortions take place within the health system, concentrated in the main cities.This means that the majority of women still resort to clandestine abortions that endanger their health, their lives and their dignity.