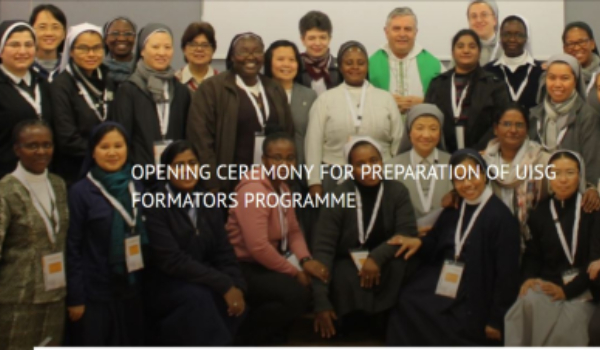 “When a sister becomes pregnant, the priest insists that she have an abortion.” the report added. ‘‘The sister is usually dismissed from her congregation while the priest is often only moved to another parish – or sent for studies.”

The sexual abuse of nuns and women religious by Catholic priests and bishops and the abortions that have sometimes resulted has for years been overshadowed by other scandals in the Roman Catholic Church. This month Pope Francis publicly acknowledged the problem for the first time.

“I was so happy,” said Lucetta Scaraffia, the author of an article denouncing the abuse of nuns and religious lay women by priests, published this month in Women Church World, which is distributed alongside the Vatican’s newspaper. “Finally, now many women will have the courage to come forward and denounce their abusers.”

The Pope’s remarks came after decades of persistent allegations of such abuses, and seeming Vatican inaction. They also came just ahead of an extraordinary conference of bishops on sexual abuse scheduled this month at the Vatican. But it was the Pope’s dramatic, and according to the Vatican on Wednesday, inaccurate, description of one example of such abuse as “sexual slavery” that most caught the world’s attention.

Advocates for abused nuns were relieved the Pope had at last put the issue on the church’s radar. But they also noted that it was a long time coming and that his other remarks did not inspire confidence in a speedy solution. He implied that pursuing justice in the church takes time. Yet the Pope is the only person in the church with absolute authority to take action at any time.

Experts say there is no shortage of factors contributing to the abuse, its cover up and the lack of action inside the Vatican. Karlijn Demasure, the former executive director of the church’s Center for Child Protection at the Pontifical Gregorian University, where she is a professor and expert in the sexual abuse of minors and vulnerable adults, said there are no data on how widespread the problem is. But anecdotal evidence suggests it’s “not exceptional.”

Many members of the church, experts said, consider the priests who commit abuse against nuns to be the victims of seductive temptresses, and to blame the victim. The public image of the nun as existing to serve the priest also undercuts those who speak up.

Often, the abuse occurs in a relationship of spiritual guidance, Prof Demasure said, with the priest grooming the victim over time, as often happens in cases of child sexual abuse. In many cases, sexual favours have been required of nuns who are financially dependent on priests, alongside traditions of subservience by women.

Ms. Scaraffia said she subscribed to the Pope’s critique of abuse, that it is rooted in priests’ belief they are entitled to do what they want. Prof Demasure said there is also the delicate issue that female superiors have covered up the abuse of their nuns to protect the reputation of the church, just as bishops have done with abuse of children.

In 1994, Sister Maura O’Donohue sent the Vatican the results of a multiyear, 23-nation survey about such abuse, which was especially rampant in Africa, where nuns were considered safe sexual partners for priests who feared infection by HIV. One 1998 report, focused on Africa, observed that “sexual harassment and even rape of sisters by priests and bishops is allegedly common”. African bishops briefed at the time decried the report as “disloyal”.

Among the private reports by nuns in the 1990s, which were published in a cover story by the National Catholic Reporter in 2001, one asserted that 29 nuns had become pregnant in one order alone. Prof Demasure said there are first-hand testimonies about such abortions, but there are no data about how widespread they are.

In 2013, a priest in Kampala, Uganda, was suspended and forced to apologize for raising concerns about his fellow priests engaging in sexual relationships with women, including nuns. In India, the Bishop of Jalandhar currently faces charges for repeatedly raping a former mother superior. He has denied the charges, but more than 80 nuns signed a letter urging he be removed from pastoral work. Ms. Scaraffia said the abuse of nuns occurs “all over”. A recent investigation by Nicole Winfield, an Associated Press reporter, documented abuse on at least four different continents.

In November 2018, the International Union of Superiors General (UISG), the organization representing the world’s female Catholic religious orders, published an extraordinary statement that called on women religious who have suffered abuse to come forward and report it to church and state authorities. They said they will be a listening presence and condemn those who support the culture of silence and secrecy.

In December, the Vatican began investigating the Institute of the Good Samaritan, a small Chilean religious order of nuns, after a television report revealed some sisters had been thrown out after reporting sexual abuse by priests and maltreatment by their superior. Ms Scaraffia said she was confident now that “the Pope understands the problem. This is surely the first step.”