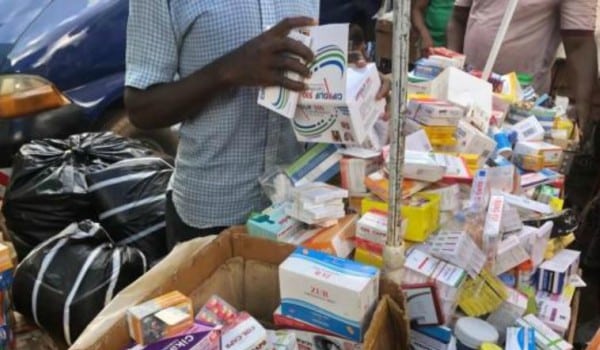 Landry Kouam, a pharmacist in Baham (West) and a member of the Collective of Pharmacists of Cameroon, decided to film himself playing the role of a customer seeking medicines in different parts of Cameroon with a small, discreet camera placed in a button of his shirt. His aim was to collect evidence on the illegal sale of drugs in shops and markets, but he visited hospital pharmacies as well. Many Cameroonian merchants, he said, appear to be willing to deliver drugs without even asking for a prescription and at a much lower price than at a pharmacy. He has described this as a dangerous business and harmful to professional pharmacists.

He found that he could not get any information about the origin or conservation of the medicines, nor of the level of training of the sellers. The World Health Organization says that in low-income countries, about one in ten drugs would not meet their standards. He also found that illicit drugs are sold much cheaper and sometimes as single tablets, which will cure nothing but people buy because they cannot afford more.

He found that it was easy to buy misoprostol pills, which in the article reporting this story, he says are “extremely dangerous” and should be provided in pharmacies only on prescription. His videos show young girls who want an abortion going to the market to find the pills, with nothing asked.

The Minister of Public Health, Malachie Manaouda, announced on 10 July 2019, the future establishment of a “brigade specifically responsible for the systematic seizure and destruction of these drugs and products”. Landry Kouam approves this initiative and hopes the Association of Pharmacists of Cameroon will support the repression of the illegal sale of drugs. According to the French Institute for Anti-Counterfeit Drug Research (IRACM), a thousand dollars invested in the illicit drug trade could bring as much as five hundred thousand to criminal organisations – a business ten to twenty-five times more profitable than drug trafficking.