Home » News » BELGIUM – Hi-jacked: the minimal changes to the Belgian abortion law due to ‘political compromise’ 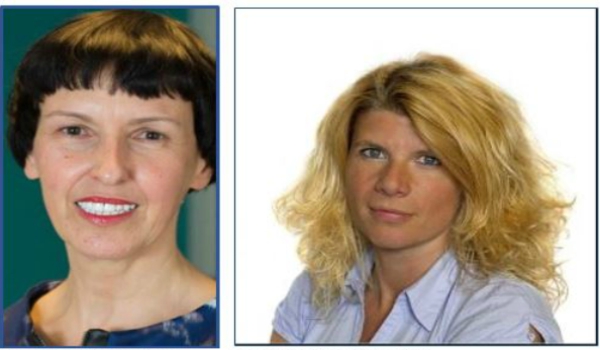 In May and June 2018, there were hearings in the parliamentary Commission of Justice in which 28 experts discussed the proposals. The hearings were really interesting, as all the presentations stayed away from stupid ideological discussions and even the experts whom I considered, in general, rather conservative expressed really open-minded views on abortion and took the viewpoint of ‘the needs of a woman who has an unwanted pregnancy’ as their starting point.

A debate was scheduled to take place on 6 July in the Commission of Justice (following the three hearings), but two days earlier ‘breaking news’ was announced, which was that the majority had reached a compromise to take abortion out of the penal code. The result was a typical political compromise between one party who don’t want to change anything, two parties who want to make substantial changes, and one party that sits somewhere in between but know that they have nothing to gain with this issue.

What was gained through the ‘compromise’ was that the Christian Democrats, who still suffer from ‘post-traumatic stress syndrome’ from 1990 when the previous abortion law was passed, gave in and agreed to allow abortion up to 12 weeks ‘on request’ without restrictions and to take this out of the penal code. But this is a purely symbolic gain! The two liberal parties succeeded in including a proviso that the six days’ waiting period can be shortened if there are urgent medical reasons to do so, and also extending the 12-week upper limit by adding the six-day waiting period to the 12 weeks if a woman asks for a termination at 12 weeks.

The addition of the obligation to refer to an abortion service by a conscientious objector is also ‘in real life’ only a theoretical gain as it is very easy to find abortion services in Belgium; 75% of all clients come directly to an abortion service without any referral, and stories of doctors who try to counteract or mislead women seeking an abortion are non-existent. ‘Off the record’ we were told that a change to the conditions above 12 weeks was a real ‘no go’! Yet this is the fundamental legal improvement we needed as each year about 500 Belgian women travel to the Netherlands for an abortion who are more than 12 weeks’ pregnant.

Hence, I think that the proposal for a ‘new abortion law’ (well, you can hardly call it ‘new’, but anyway!) is almost 100% the result of the way the political game is played in Belgium, which is basically to do with knowing the parties are likely to continue to be stuck with each other after the elections in 2019, and wanting to avoid a big “ethical issue” during the coming elections by compromising now (the right of euthanasia for minors became an issue one month before the elections four years ago).

The church has not played a (real) role this time (even though the Belgian Catholics bishops’ conference criticised the decision to remove abortion from the penal code), as happened with the king in 1990, who stood down for 24 hours to allow the law to be passed without requiring his approval.

As a network of abortion services in Belgium, we at LUNA are unhappy with the political compromise (and believe me, we invested heavily in advocacy). It has been a missed chance to really make a difference for the women who have an unwanted pregnancy, especially for abortions on request after 12 weeks.

The PTB want[ed] real decriminalisation, without any more penal sanctions against women, with an extension of the upper time limit to 18 weeks and a reflection period shortened from 6 days to 48 hours.

Bringing abortion out of the penal code is a long-standing debate. For years, the mobilization on the streets and the commitment of the pro-choice movement have put the theme on the political agenda and have maintained it there. The majority parties have always slowed it down. On Tuesday, the PTB joined forces with other opposition parties to come up with a common proposal to end abortion in the penal code and extend the upper time limit for doing so. Following this, the majority parties themselves presented their own proposal.

For the PTB, this majority bill continues to place a moral burden on women. Indeed, criminal sanctions beyond 12 weeks are maintained for women. Specifically, a pregnant woman over 12 weeks pregnancy who travels abroad to terminate her pregnancy is punishable. This is unacceptable. The 12-week legal deadline is arbitrary and does not meet the needs of women. 800 women go abroad every year to have an abortion. To stand for 12 weeks, as the majority do, is to be blind to the real needs of women. That was also the result of the hearings that took place in recent weeks in Parliament. Many women go beyond this time, sometimes even just to become aware of their pregnancy. It looks like decriminalization, but does not fit the facts.

It is also odd, to say the least, that the government wants to link the law on abortion to the law on the status of stillbirths. The sorrow of the parents is real and deserves respect. It should not be used as a bargaining chip to remove abortion from the penal code. In conducting the two discussions in parallel, the majority parties try to make a connection between a very emotionally charged issue and the issue of abortion when these are two situations that have nothing to do with each other.
The PTB is particularly critical of this bill. It does not contain the necessary progress to make abortion a real right. On the contrary, this proposal remains moralistic and does not rest on women’s right to self-determination. Liberal parties, many of which are in favour of extending the right to abortion, capitulated to the conservative forces of the N-VA and the CD & V in government.

Journalist Philippe Walkowiak also writes that the real debate has been hijacked. The consensus of the majority has been sold down the river in order to accommodate the Church and to hell with the price of ethics or the situation of women.

THE OUTCOME, IN SUM

The bill was presented to parliament on 9 July. Abortion was removed from the criminal code. Women no longer have to say they are ‘in distress’ to qualify for an abortion, but abortion is still not permitted after 12 weeks of pregnancy. The so-called reflection period of 6 days remains. The reflection period can now be added to the 12 weeks, or reduced in cases of emergency. The bill explicitly states that a doctor who refuses to provide an abortion is obliged to refer to another doctor. However, it also gives some fetal rights. It says that women who travel outside Belgium for an abortion after 12 weeks and doctors who provide abortions after 18 weeks can be prosecuted. So prosecutions can still take place.