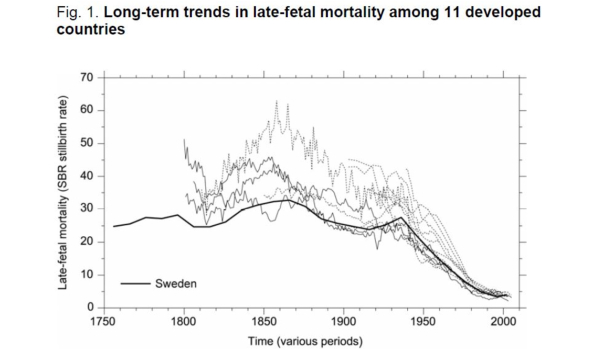 The Belgian parliament has passed a law to allow recording of the death of a fetus from 140 days (20 weeks) of pregnancy, i.e. earlier than at the previous 180 days (26 weeks) of pregnancy. It comes at the end of a long process over several legislative sessions of various initiatives to recognise a miscarried fetus as well as a stillbirth.

The law makes it mandatory to record the death in the communal register of deaths, and allows, at the request of the interested parties (the mother, the father or the woman’s marital partner, co-parents or the authors of a prenatal recognition agreement), registration of a first name for the fetus/stillborn baby. This is not the official register of deceased persons but a new databank in the Civil Status Act. No registration is allowed in the Register of Births.

A dead fetus is normally disposed of by the hospital. However, in recent years, the woman can benefit from increased support for the grieving process (psychological care, a footprint, a photo). Regional legislation also permits burial at different stages of fetal decease if requested.

The text was controversial since giving recognition to a fetus could be used as a lever to limit the right to abortion. In other countries, such as Hungary, it was argued, fetal recognition has served as a lever to try to restrict abortion. However, this law was not an initiative of anti-choice groups but of an organisation that represents the interests of parents who have experienced miscarriage and stillbirth.
The bill was, however, a sort of quid pro quo following the recent passage of legislation decriminalising abortion up to 12 weeks. But not everyone who wanted the registration of stillborn babies are happy with this law; they wanted official registration.