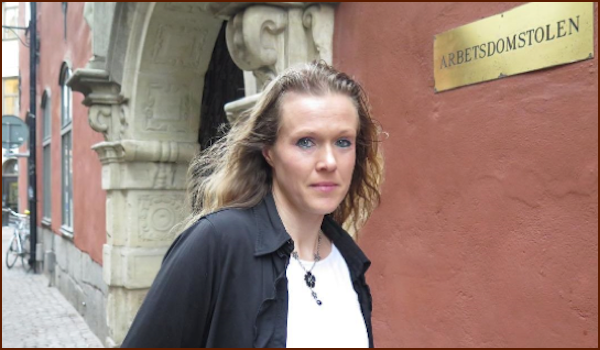 In November 2015, Swedish midwife Ellinor Grimmark took several local hospitals to court for refusing to offer her a summer job as a midwife in 2013, because she conscientiously objected to doing abortions and providing contraception. She lost the case because Sweden does not permit conscientious objection on these grounds, and the job description for a midwife includes providing both services. She appealed the decision to a higher court, where she lost the case again on 12 April 2017. She was supported legally and financially by a well-off US anti-abortion organisation, Alliance Defending Freedom (ADF), who it was believed would pay her costs and help her to take Sweden to the European court, to appeal once more.

However, Jönköping County demanded that she pay, not later than 3 June, over SEK 1.6 million (~US$ 184,000) to cover her court costs. Apparently, ADF, to their great discredit, have let her down and are not paying the costs for her.

Her husband Carl Johan has launched an appeal via Facebook for urgent help to pay a large proportion of the court costs. He claims that the costs of the district court have already been found, around SEK 900,000, but that they are still in urgent need of more than SEK 714,000 to cover the remainder of the costs.