Home » News » ALGERIA – Abortion has not been legalised in Algeria 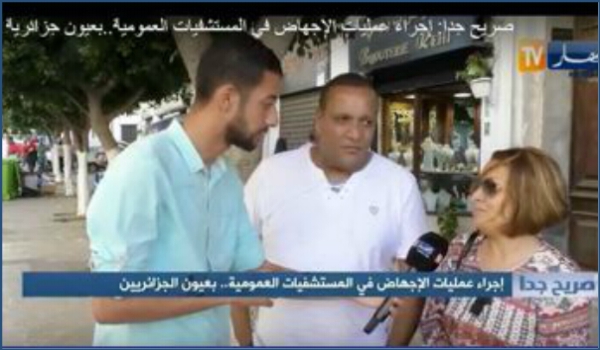 According to the Algerian Association for Family Planning, there are 8,000 cases of abortion recorded each year in Algeria, of which 200-300 are clandestine. Algeria has remained one of the most restrictive countries in the region as regards abortion. The Penal Code articles 304 to 310, dated 1966 and 1982, criminalise everything from ‘inciting’ someone to have an abortion, e.g. through discourse, posters, publicity, public meetings, groups, or illustrations. Punishment is by various fines and/or imprisonment of anyone involved in the abortion.

The Law of Health 2018 became law in Algeria on 14 August 2018. With this new law, which one article says was debated for a long time in the National Assembly, the right to abortion has become legal in a limited way. Others disagree that any real change has taken place. Until now, Algerians were forced to go to Tunisia or to dubious ‘clinics’ which did not meet any standard of safety or hygiene, thereby risking their lives. The multiple cases of deaths of pregnant women, and of fetuses and newborns found in garbage cans, are indicative of the extent of distress women seeking an abortion experience, as one journalist remarked.

In November 2017, the draft bill on health was tabled by the Minister of Health in the Commission on Health and Social Affairs of the National Assembly. The clauses on abortion would have permitted abortion if the woman’s life was at grave risk, if she had mental health or psychological problems, or if there was non-viable or severe fetal abnormality or disease. The ground of rape was not included. One journalist pointed out that all of these were accepted as grounds for abortion during the Algerian fight for independence, known in Algeria as the “black decade”, implying the country had gone backwards since then, as regards abortion.

The Commission on Health and Social Affairs studied the clauses on abortion in the draft law in March 2018. According to an article in Le Point Afrique, it came as no surprise that the Commission decided to reject the three grounds in the draft bill and collapse them into one statement whose meaning is difficult to interpret, confirming the concerns of many feminists.

According to Dr Nadia Chouitem, a member of the Commission, and the only one who supported retaining the three grounds, any instances when a woman’s life is at risk in which there is no hospital nearby or there is no gynaecologist in the hospital such as at night or weekends, means the woman will die. She also said that at one point she had to leave the room to deal with an emergency and when she returned five minutes later she discovered that two of the three grounds had been rejected. As regards support for retaining fetal anomaly, she reported with regret that the representative of the Health Ministry told the Commission only that the government could not take responsibility for children with severe anomalies. There were no other points made. And then the ground of rape and incest was also rejected, after practically no debate at all. Most opposition was expressed in religious and moral terms. One Islamist Deputy said absolutely nothing could justify abortion. The president of the Commission Mohamed Bouabdellah tried to minimise the impact by saying they were only trying to avoid repetition by summarising the grounds.

The text of the bill as passed on 29 July 2018 by the Assembly and published on 14 August says: “Therapeutic termination of pregnancy is intended to preserve the health of the mother and when her life or psychological and mental balance is seriously threatened by pregnancy. The detailed rules for the application of this article are laid down by regulation.” No interpretation is provided.

However, Article 410 says that “anyone who contravenes the provisions of Article 78 of this law, relating to the obligation to effect therapeutic termination of pregnancy in a public hospital, is punishable by imprisonment of six months to one year and a fine of 200,000-400,000 Algerian Dinars” (about $US 1,670).

According to women’s rights journalist Imane Chibani, even this reform is perceived by many women’s rights activists as a step forward, despite the limitations and the amount of time it has taken compared neighbouring countries like Tunisia. Tunisia legalised abortion in 1973, even before France, under the orders of Bourguiba, who wanted to limit demographic growth. But compared to Algeria, in France there are no restrictions. However, she says, there are conservatives who still have great reservations, even about this law, which they consider anti-Islamic.

Moreover, the bill also states that abortion can only be provided in a public hospital, which closes the door to private clinics. Given that the only currently (illegal) abortions available in Algeria are in private clinics, safe or unsafe, the implications of every aspect of this new law remain to be understood.