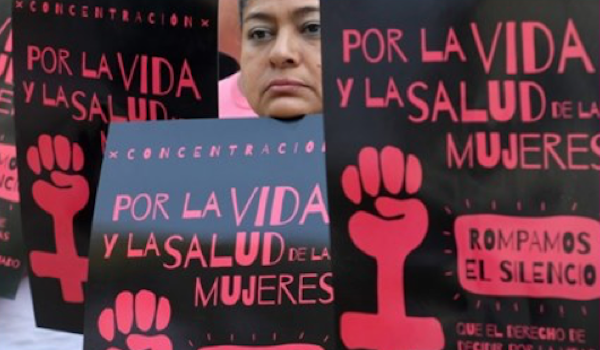 A group of experts of the United Nations today encouraged the Congress of El Salvador to “seize an exceptional opportunity to advance the protection of the human rights of women and girls” in the framework of the review of Article 133 of the Penal Code with a view to decriminalizing termination of pregnancy in specific circumstances.

“We strongly support the reform proposal currently considered by the Salvadoran Congress to allow the termination of pregnancy where it involves a risk to the life of women, where it is the result of rape, and where the fetus would not survive,” they said. “We urge lawmakers to seize this unique opportunity to make it a turning point in the history of women’s rights in the country.”

“This makes El Salvador one of the very few countries in the world that criminalizes women for termination of pregnancy in any circumstances, including even when the women’s lives are in danger, in case of rape or incest, and when the fetus would not survive. And sometimes even when the woman has suffered from a miscarriage,” they said.

“The criminalization of the termination of pregnancy imposes an intolerable cost on the women, their families and the society,” said the experts. “It restricts women’s access to sexual and reproductive health services and information.”

Furthermore, they warned that because of the threat of criminal punishment, women and girls are afraid to seek medical attention when suffering from pregnancy-related complications. In fact, many women have been prosecuted on abortion charges, and some, accused of aggravated homicide, are serving prison terms of up to 40 years.

“Those most affected are almost always women living in poverty and who have little means to obtain adequate legal defence,” they added. “We reiterate our call to review the sentences against all women currently serving prison terms on abortion-related charges with a view to their release.”

The experts underlined that criminalizing termination of pregnancy does not reduce the need for it, as demonstrated by WHO data. Rather, it is likely to increase the number of women seeking clandestine and unsafe solutions. The experts stressed that the criminalization of services that only women require, such as abortion and emergency contraception, is impermissible, as it constitutes discrimination based on sex.