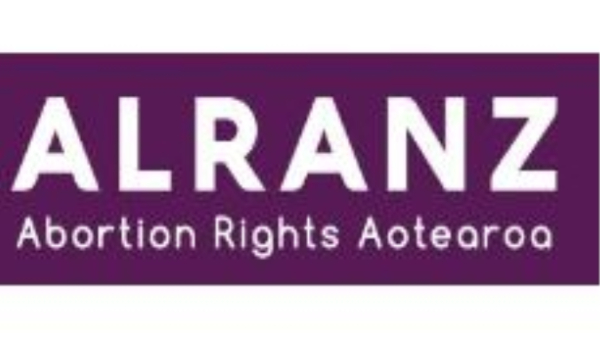 During the national elections in NZ that elected Jacinda Ardern as Prime Minister last year, she declared her intention to decriminalise abortion and change the law to treat abortion as a health matter. In February 2018, her Minister of Justice, Andrew Little, directed the Law Commission to report back to him in eight months with options for abortion law reform. The Law Commission’s 236-page report, Alternative Approaches to Abortion Law has now been published. It contains three options for law reform, which Terry Bellamak, ALRANZ’s president, outlines in their most recent newsletter. First, however, she reports on their Facebook page what is wrong with the current law and the poor service delivery it engenders:

What’s wrong with the current system

Paternalistic – the decision whether someone can get an abortion rests with the certifying consultants, not with the pregnant person, which violates their right to bodily autonomy.

Complicated – you need to follow a convoluted process to get an abortion, which includes tests, counselling, and getting the approval of two certifying consultants.

Punitive – you have to lie about your mental health status to meet the grounds in the Crimes Act (98% of abortions are granted on the mental health ground).

Arbitrary – approval is discretionary, not a matter of right, and people have been denied abortions.

Discriminatory – only women and other pregnant people must undergo a complicated, uncertain process to access safe, routine health care.

Creates delays – it takes 25 days on average from the initial referral to the procedure, and health practitioners are allowed to refuse requests for abortion referral and contraception.

The best option
Model A allows pregnant people to receive abortion care for any reason, at any gestation. It is best because it treats abortion like any other form of health care. This option places the decision to seek abortion care in the hands of the pregnant person where it belongs, rather than in the hands of random certifying consultants. It eliminates much of the discrimination that permeates the provision of abortion in New Zealand. This is important because just like every pregnancy is individual, so is every abortion. The pregnant person is the person best placed to decide whether to receive abortion care; no one else knows her circumstances better.
Model A makes no mention of gestational limits. This benefits vulnerable families, because abortions that happen late in a pregnancy are overwhelmingly wanted pregnancies undermined by some crisis. The last thing a family in crisis needs is an unnecessary legal process.
By greatly simplifying the process, this option is likely to help with the delay that currently exists related to ticking the legal boxes. Other delays around limited access, however, will require investment from the Health Ministry to alleviate.
The worst option
Model B leaves the final decision whether a person can get an abortion in the hands of one health practitioner, who will provide the abortion. The practitioner must be satisfied the abortion is appropriate in the circumstances, having the pregnant person’s mental and physical well-being as the primary concern. There is no limit to the matters that can be taken into consideration, so they may include social or financial considerations. By leaving the decision in the hands of a health practitioner rather than the person whose physical body it concerns, Model B still actively discriminates against women and other pregnant people, because there is no health care men or non-pregnant women routinely seek that requires a practitioner’s legal approval.
Model B requires a practitioner, who probably does not know the pregnant person, to determine the appropriateness of abortion in her circumstances, as though they would know better than she would. This is insulting. Model B necessitates maintaining the pointless bureaucracy we currently have around ensuring the approval has been legally recorded. This may perpetuate the delays we see in the current system.
It is hard to see this model as anything but a sop to those who believe women should not make decisions themselves.
The third option
Model C is like Model A up until the 22nd week. Then it turns into Model B. This means the decision whether to get an abortion in is the hands of the pregnant person up until the outcome is a foregone conclusion. This option is an improvement on the status quo. But, given that pregnancies that continue for 22 weeks are wanted pregnancies, and families who must terminate them are in crisis, it is difficult to see what the benefit to society might be in forcing families facing tragedy to undergo a pointless legal process in order to access health care.
Less than 1% of pregnancies end in abortion after the 22nd week. So this option throws a very small number of pregnant people under the bus. But when you consider their circumstances, it just seems cruel.
Would there ever be a case in which approval would be denied? One would expect it is even less likely under Model C than under Model B. Why are we bothering, then? Like Model B, Model C panders to folks who want the system to look as though it might refuse an abortion, but does so by making only families in the most vulnerable of circumstances pay the price.
Conclusion
Model A is the option that affords the greatest opportunity for progressive change, because it goes farthest toward treating abortion like every other form of health care. It should form the basis of an abortion law reform bill. That bill should include all the features the Law Commission identified as possible elements of law reform, independent of the three models.

With this report, the Law Commission has delivered a valuable analysis and a clear way forward for the Government. It now rests with the government to turn this advice into a law New Zealand can be proud of, one we can point to in years to come as evidence that New Zealand continues to honour its legacy of treating women as adults.

Wellington – 5 December – ALRANZ march for reproductive rights. Join us as we stand before Parliament to demand abortion be removed from the Crimes Act, and demand free, safe, widely-accessible, publicly funded access to abortions for all who need them.