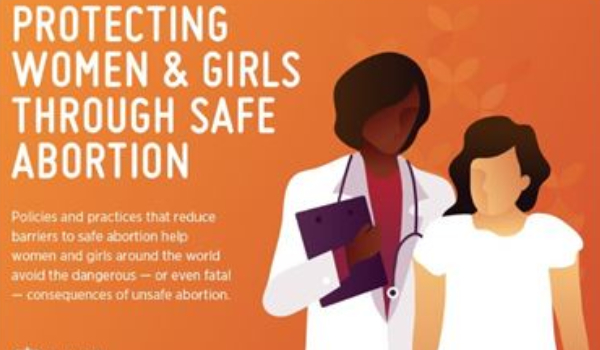 A survey conducted among over 11,000 women aged 15- 49 revealed that Nigeria has witnessed a steady rise in abortion cases with more prevalence in urban centres. The data collected in 2012 recorded 1.25 million abortions, which suggests that there are greater demands for abortion. In more than 60% of abortions, unsafe methods were used and 11% of women experienced complications, mostly found among women living in rural areas with no education. Some 37% of women said they had a surgical termination, 7% used abortion pills and the remaining 56% used other, unspecified medications or so-called traditional methods. The increase in abortions was attributed to the availability of medical abortion pills in chemist stores and the fact that women want fewer children than in the past. As regards post-abortion care (PAC) services in Nigeria, only 40% of primary facilities provide any PAC services and significantly fewer had PAC signal functions. Only 67% of public secondary facilities had the necessary equipment, medicine and other services. Private facilities were less likely to provide PAC services.

Nearly 78% of more than 15 million abortions that take place annually happen outside health facilities, accounting for almost 10 deaths per day, according to an IndiaSpend report, 47 years after abortion law reform.

Poor states with the high unmet need for contraceptive services tend to have a higher demand for abortion services. At the same time, the supply of quality abortion services is lowest in these areas. Hence, pregnant women end up going to unqualified providers, after their attempt to terminate pregnancy through household remedies and over-the-counter drugs have failed. There is only one licensed provider per 224,000 women in rural India. Additionally, many women continue to be unaware about abortion being legal and do not know that safe services may be available.

Kenya is in the grip of a national health crisis even as millions of shillings are being spent treating complications from unsafe abortions. A study by the African Population and Health Research Centre and the Ministry of Health between 2012 and 2016 found that Kenya used more than 500 million shillings tackling unsafe abortion cases. An estimated 464,690 abortions take place annually. And an estimated 2,600 women die from unsafe abortions annually, which means seven deaths per day. Many of the victims are aged between 10 and 24 years.