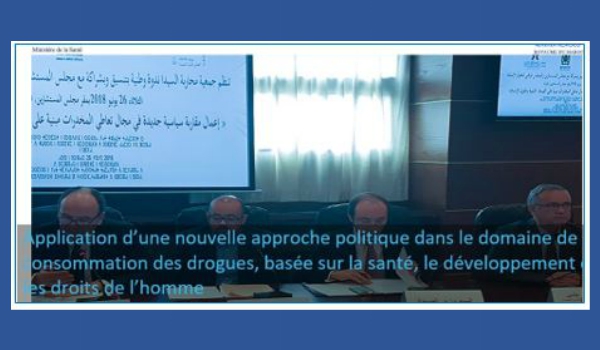 Mr M Anass Doukkali, current deputy of the Party of Progress and Socialism in Morocco, has been Minister of Health in Morocco since 22 January 2018. He has a background in chemistry and physics, employment, hospital administration and transition to democracy, but no apparent history of knowledge on women’s health issues. On the Ministry’s website a new policy on use of medications has been announced based on “health, development and human rights”. But “les droits de l’homme” and progress in Morocco apparently exclude women.

From 31 July 2018, the Ministry suspended the sale of a misoprostol product called Artotec for “misuse”, that is, for inducing abortion. Its sale in pharmacies up to now has not required a prescription, though some pharmacies are said to refuse to supply it to women who they think may use it for abortion. According to specialist media, the Ministry has informed the pharma company Pfizer S.A “that it is required to conduct a batch recall” of the medication and inform health professionals”. The suspension is for six months, during which time they will decide whether to allow it to be provided on medical prescription or for use solely in hospitals, the latter being the case with Cytotec, whose use was not suspended.

Ouadie Zerhouni, Acting Director of the Division of Medicine and Pharmacy at the Ministry of Health told TelQuel magazine: “The poison control centre [sic] has noted that… Artotec is used for abortion. However, it is forbidden to use a drug outside of its main indications.” That is the ‘legal reason’ that led the Ministry to suspend the marketing authorisation for the drug. “We do not have a study to determine the potential negative impacts on women’s health with regard to Artotec,” he is quoted as saying. “But as a regulator, we must put safeguards against drug use contrary to the law.”

Dr Chafik Charaïbi, a pro-choice gynaecologist, head of the Association marocaine de lutte contre l’avortement clandestin (Moroccan Association against Clandestin Abortion, AMLAC), who has been campaigning for safe abortion for many years, has said this decision will lead to the return to less safe abortions, as well as a return to use of D&C by gynaecologists, the rate of which has been falling due to the availability of Artotec in pharmacies.

The announcement has also dismayed the Mouvement alternatif pour les libertés individuelles (Alternative Movement for Individual Liberty, MALI), who are fighting for the right to decide on abortion for all women.

MALI told the Huffington Post Maghreb that since 2012, in collaboration with the Dutch NGO Women on Waves, they have had an online platform that provides women with free advice, support and guidance to use misoprostol for abortion free of charge and, when necessary, a box of Artotec.

In a public statement, posted on their Facebook page, MALI expressed dismay that this decision will put the lives of thousands of women at risk, as they will have to return to dangerous methods of abortion as a consequence. “Women from a poor socio-economic background, the main women who use our services, will be the first victims of this suspension and will resort to medieval methods. Not to mention the lucrative business for doctors practising in the already existing ‘black market’ in hospitals and clinics”.

Then, on 17 August, news24.com reported that Betty Lachgar, a co-founder of MALI, was arrested in Rabat – allegedly for public drinking and disturbance of order – hours after the MALI statement was published. MALI launched an online campaign demanding her release and condemned her arbitrary arrest and intimidation.

Abortion is legal in Morocco only in cases where the life of the woman is at risk but only with spousal consent. Despite the support of the King and senior leaders, a bill that was tabled in the House of Representatives in May 2016 to expand the legal grounds for abortion to cover rape/incest, serious fetal anomaly, and for women with mental health problems, all limited by a range of barriers, nothing has happened – until now.